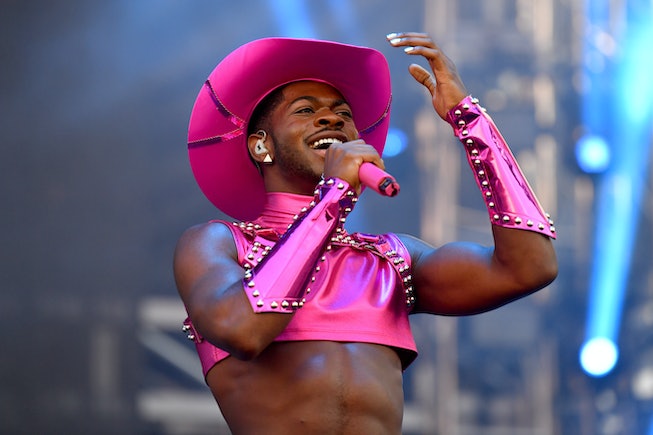 After three months of radio silence, the internet’s premiere troll and sh*tposter, Lil Nas X, has finally returned. “Why are people surprised I’ve been away for so long? Have y’all really never heard of maternity leave?” he wrote on Twitter. It turns out that his self-proclaimed “maternity leave” was spent cooking up new work. And like Lil Nas X is wont to do, he’s now wasting no time in generating hype around what seems to be a new album.

Find out everything we know about Lil Nas X’s follow up to Montero, below.

He’s got hot features lined up

When it comes to stirring publicity surrounding his music, Lil Nas X is a master at his craft. We’ve seen it firsthand with his breakthrough single “Old Town Road,” watched it reach new heights with Montero’s hilarious roll-out, and better gird our loins for the incoming album cycle. Lil Nas teased two songs, “late to the party (ft. youngboy)” and “down souf hoes ft. saucy santana” on Twitter. “Which one y’all want first?” Damn, he’s good.

He’s teasing his potential first single, “Lean On My Body”

Despite dropping options between Youngboy and Saucy Santana, the rapper threw us off course and teased a few verses from a new track called “Lean On My Body” on TikTok. In the video, a shirtless Lil Nas X immediately sets the tone: “You know I love you, so I sing this sh*t with love/ But please tell your fans they need to shut the f*ck up.”

Over dramatic piano chords, he continues to elaborate about his whirlwind success over the past few years: his bills are always paid, he’s got house-in-the-hills type of money, and generally blessed in every part of his life. Lil Nas X also dips into a story about how his allegedly nephew got into a fight defending his uncle to some haters.

Release dates are still under wraps

Considering how the singer is fresh out of his “maternity leave,” there’s still no clear answer as to when to expect an official release. Of course, Lil Nas X fans know the deal better than anyone and are already cracking jokes to soothe the pain. “hey it’s a fire lil nas x song that won’t drop for another 2 years,” wrote on user. You have to laugh!