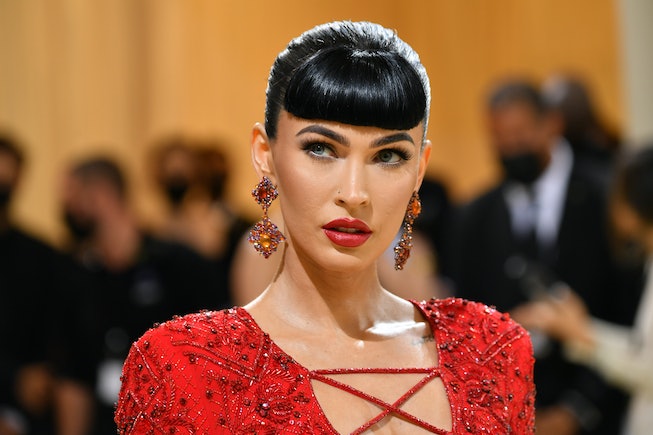 It’s no secret that culture is in the midst of a Megan Fox renaissance. The cult classic film Jennifer’s Body, starring Fox as the titular teen-turned-demon who craves the flesh of boys, was recently added to the Criterion channel. She’s one-half of a cosmic love story with her “twin flame” MGK. She’s starring in a Netflix vampire film Night Teeth alongside Sydney Sweeney. Things are going great for her! But as longtime Fox fans know, that wasn’t always the case. Fox got the brunt of Hollywood’s toxicity in the early days of her career, from being overly sexualized to dealing with the horrifying antics of her Transformers director, Michael Bay. Fox has been vocal about her mistreatment and culture’s reevaluation of it, and she recently elaborated on her journey in an interview with GQ UK.

Fox explained that she took time off from doing press to take a look inward and really do the work on understanding everything that went down. “I was never leaving the house. I’ve done everything you can do to try to make sense of that. Because it’s easy when you go through something like that to feel like a victim, obviously,” she said. “That’s your first instinct and response, but that doesn’t serve you and that makes life miserable, living life as a victim. ‘Why is this happening to me?’ You’re giving away your power constantly.”

Fox went on a “spiritual quest,” which included constant reading and meditation, and eventually, got to a point in which she wanted to make peace with the past. “I did a lot of work to remove that feeling of being a victim and to realize that it was a lesson. So there was purpose in it and I didn’t have to suffer any more,” she said. “It’s [made me grow] into a much more interesting human being than I would have been without that. So it allows you the space to have gratitude for something that previously you felt persecuted by. That’s the one thing in my life I did do a lot of work on, I do feel free from.”

Fox doesn’t make any specific references to the hardships in her career, but it’s a well-documented and very mean saga. Back in 2009, as Jennifer’s Body flopped in theaters due to simple, bad marketing, and Fox was routinely belittled as too vapid to carry a film. Later that year, she was hounded with sexist press after she called Bay “a nightmare to work with” in an interview with Wonderland. Deadline ran a story titled “Michael Bay’s Crew B*tchslaps Megan Fox,” which republished a vicious and straight up nasty letter written by three anonymous male members of Bay’s crew that defended the director and called Fox vile names like “an unfriendly b*tch” and “trailer trash.”

Present-day Fox has moved on those tumultuous days, but she’s also not in the business of retribution. “It’s not that I feel vindicated,” Fox continued. “I’m beyond that, because I don’t need to be right about it any more. Back then I was hurt — of course I did suffer tremendously — but, you know, I’m not looking for payback. I don’t need an apology.”