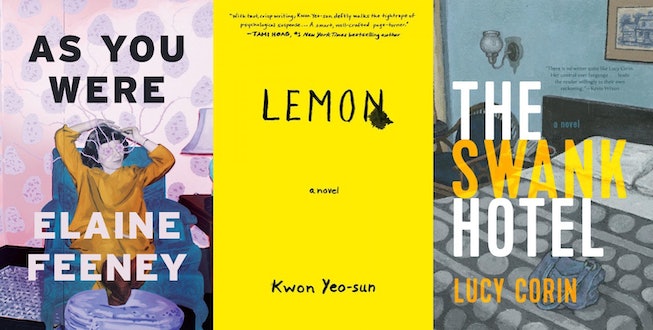 Cozy season will soon be upon us — as evident by the increase in Tinder messages I’ve been getting as tryouts for cuffing season are underway. Sure, maybe you let your summer reading stack get caked in sand and saltwater. Maybe, like me, you’re hopelessly behind on your Goodreads 2021 reading goal. That’s okay. There’s a lot going on: The Met Gala, The VMAs, New York Fashion Week, and The Emmy’s all happened in, like, the same week. Drake and Kanye both released hour and a half-long-plus albums. There’s new, disturbing Britney Spears conservatorship updates every day. Mercury has, once again, gone retrograde.

But the loafers, long leather jackets, and plaid skirts have come out. It’s officially fall now, and therefore officially time to cozy up with a fresh stack of books. Sure, Sally Rooney’s latest novel Beautiful World, Where Are You is still going to be in all the storefront windows. (You can read NYLON’s review here.) But if you’re looking for a book that everyone isn’t reading, we have nine for you to consider — including a novel about a 19-year-old printer repair technician coming of age in 1990s New York City, an essay collection simultaneously celebrating and cringing at the tackiness of the 2000s, or a cozy novel about two ’80s rockers who find each other decades later. See it all, below.

Also known as the title of my forthcoming memoir, this darkly funny novel is about a woman with postpartum depression who goes to a speaking engagement in Reno, where she reconnects with a former lover, her father, who is also a member of a famous cult, and generally reconsiders everything in her life.

Tacky: Love Letters to the Worst Culture We Have to Offer by Rax King (Penguin)

This debut essay collection tackles the Y2K era we can’t get enough of, leaning into the tackier parts of that decadent and depraved time in our culture: Hot Topic, Creed, frosted lip gloss, snakeskin pants, Jersey Shore, and Guy Fieri. We’re salivating.

As You Were by Elaine Feeney (Biblioasis)

In novel that paints a picture of modern Ireland that isn’t by Sally Rooney, women in an oncology ward come to terms with secrets, illnesses, and how to deal with their families through text and emoji-speak and existential humor. Perfect for Sad Girl Fall.

T is for Trash by Becca Stickler

Becca Stickler, author of the newsletter “Read Something Queer,” has a zine out about lesbian pulp fiction, which touches on the history of the genre, lesbian bar culture of the ‘50s and ‘60s, plus lowbrow literature and trashy entertainment.

A When Harry Met Sally for those of us nostalgic for a 1980s we never experienced, Jacket Weather is about two people who knew each other in the downtown music scene of the 1980s and then meet and fall in love in present day. Think: Lou Reed, writing a novel about being divorced, talking to someone in a coffee shop only to realize four hours have passed.

There’s something so tantalizingly gloomy about a recession novel. The Swank Hotel takes place in 2008, where a woman has a boring but stable marketing job that she goes back and forth to from her boring, stably purchased house — all while waiting to hear breakthroughs about the disappearance of her sister. That is, until something surreal and impossible happens. Intrigue!

In his debut poetry collection, Shangyang Fang writes in “Argument of Situations”: “I was thinking, while making love, this is beautiful―this/ fine craftsmanship of his skin, the texture of wintry river.” Whew! Fang’s lines move rhythmically, with internal rhymes that create an easily musicality as he explores intimacy and grief.

Lemon: A Novel by Kwon Yeo Son (Other Press)

A murder makes national headlines in 2002 Korea. Its two suspects are a rich kid and a delivery boy, but the case goes cold after nobody can prove either is guilty. Seventeen years pass and the victim’s younger sister tries to take the case into her own hands in this crime novel about privilege and trauma. Salacious and deep!