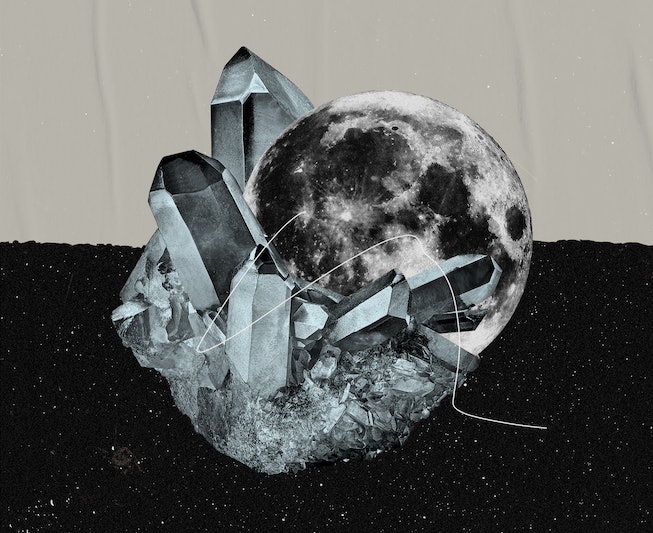 We’ve now entered the final month of the summer, and now more than ever, there’s no telling what happens when summer camp ends and we have to go back home. September’s astrology only furthers the unpredictability, through a planetary showdown. The personal planets (the sun, Mars, Venus, Mercury) have landed in Virgo and Libra, two signs concerned with the intimate concerns of the body and the people in its close orbit. Meanwhile, the operatic players (Jupiter, Saturn, Uranus, Neptune, Pluto) are now all frozen in retrograde, in the big picture signs of Capricorn, Aquarius and Pisces, where the fate of the human populace plays out. We’ve become the bystanders in a Godzilla movie, attempting to inhabit our tiny lives until we get stepped on.

Enjoy what’s happening in the moment, to the fullest. If you happened to have fallen in love with a strapping grad student who is spending the summer at your parents’ Italian villa, you better embrace the passion, the anguish and the uncertainty now. Many of the high-stakes retrogrades will come to an end in October, giving us some indication of where our lives are headed, but until then, make out with your ex on the dance floor, mount your poorly conceived solo show, and don’t worry too much about the big picture. You’ll have time to sort through the consequences when Mercury retrogrades at the end of the month.

Despite the retrograde chaos, it’s still Virgo season, and the back-to-school sign is best served through review and synthesis. Rather than spin out in dread over what’s next, focus on which projects can be brought to a satisfying conclusion, what could be accomplished or continued with more efficiency, and which collaborations have most delighted you. Treat the new moon on September 6 as a cosmic consultation, a moment to streamline what’s already in motion and affirm the stupendous things you’ve got going for you.

It’s not all labor and oppression, though. A portal opens on September 20, as the full moon in Pisces and autumn equinox blasts open the fall season. In the sign of the fish, conjunct Neptune, planet of the collective consciousness, the full moon promises a download from a higher authority. Take inventory of your ego and grab any opportunity you can to be in cahoots with others — to share and merge your dreams, wishes, and worries. That role you’ve clung to for self-definition in the storm? It’s time to let go.

Of course — and you should have seen this coming by now — a month of uncertainty, in a summer of ambivalence, must end with a Mercury retrograde. After closing deals in Virgo, Mercury stops in place in Libra from September 27 to October 18, initiating a survey of your relationship life. Who are you surrounding yourself with? Who is triggering you, and why? Who do you want to stick around? If you suspect that your new lover has entrapped you in a game of sexual manipulation involving his step-sister, maybe now’s the time to start asking questions. School’s nearly back in session and your September 2021 horoscope is ready to guide you through the month. What have you learned over the summer?

When Libra season begins, it’s showtime for you. Take the final weeks of Virgo to touch yourself up backstage. Ready or not, you’ll be suddenly visible and desirable to the people around you. Get clear on your boundaries, what you have to offer, and very critically, how much you stand to receive, so that your relationships can feel abundant, and not laborious. The connections in your life right now will impact your career direction. Take the new moon on September 6 and the full moon on September 20 to meditate on any armor, blocks, or fears which hold you back from embracing a communal future.

You’ve been undergoing an internal renovation over the last many months, and you can no longer maintain the outer facade. This month, experiment with expressing new boundaries and limits, especially when it comes to how you’re seen on social media, in groups, and in your career life. Your download is far from complete, but the big events this month — namely the full moon on September 20 and Mercury retrograde’s kickoff a week later — bring balance to the inner maelstrom and outer presentation. When you unveil the ways you’ve changed, notice who responds with kindness, and promote them to executive positions. You’re going to need them for the metamorphoses to come.

Big-picture uncertainty is driving you mad, and you can’t help but let global chaos muddle your personal momentum. Focus instead on the richness of your home life, and the people you bring home to share in it. Divert yourself from the conundrums of your destiny through any means of romance or creative expression. We need you in your body, sweating and pumping blood, feeling yourself, so that you can make clear and embodied choices when the scenery expands. The full moon on September 20 in Pisces, will open up new portals and possibilities for your capital-C career. Be sure to meet it with both feet on the ground.

Invest in tangible rituals this month: build an altar, sign up for tennis lessons, pay for that cult retreat you’ve wanted to try. The Mercury retrograde on September 27 invites a slow and measured re-genesis of your home life and surroundings, so that you can take root for future creative and romantic harvests. Rather than close the curtains and sit in the dark, see what you can bring home with you: Collect souvenirs, experiences, lovers, and routines over the first few weeks of the month, at an abundant scale. When the momentum halts, you’ll have a rich mosaic to root yourself in, and more avenues for support and sustenance in your daily life going forward.

The last two full moons put you through trials of self-definition. How are you seen? What do you represent? The next full moon, going down in Pisces on September 20, forces yet another ego review on you, this time in the arenas of self-expression. You’ve been locked in a role for a long time, designed to keep your friends, family and employers pacified — to a point. The double full moon in Aquarius, in July, awakened your originality, and now, it’s time to break the feedback loop of pacification and gratification. A gate is opening, and with it a flood of artistic and empathic inspiration. It’s time to make like Jean Grey, leave behind your old life of suburban people-pleasing, and step into the deluge.

Let’s not pretend that you have any clue where your work and money life is going, but people in your life might offer some insights. All the action goes down this month in your second house of earning and self worth, and your seventh house of intimate partnerships — what if you could let one inform the other? Take the new moon in Virgo on the September 6 to focus on the projects and plans you want to come to fruition, and then bring them into a sphere of collaborative cultivation with the full moon in Pisces on September 20. By the time Libra season and the Mercury retrograde pause your progress at the end of the month, you’ll at least feel a sense of security in accountability. Share the weight this month, and you won’t be crushed.

The month begins manic, with a rush of appointments, parties, and possibilities. For the first ten days of September, you’ve got Venus in Libra, where she belongs, so don’t waste it. With expansion comes instability, but the second half of the month brings contraction, and time to pause and regroup. The full moon in Pisces on September 20, connects you to the deeper boundaries you have to live by, and when Mercury retrogrades in your sign a week later, you can clean house. There will be time to sort out which of the people and projects in your life you wish to keep, but you won’t regret attracting them when you had the chance.

You’ve been ejected from the linearity of your dreams, and the fixed conceptions of your identity. Come Scorpio season, you’ll feel a realignment, a chance to respawn in your video game. Until then, you’re still stranded in a strange land, one where you aren’t queen of the universe. Consider September an anthropological adventure. How are others viewing you, and how does it differ from your bible of prescribed selfhood — which, FYI, hasn’t been relevant for a while now. What would happen if you opened up, and invited others to participate in your growth and creative expression? While you’re out here, you have an opportunity to connect in a way you never have.

Don’t betray yourself. Virgo season lights up your tenth house of career and public roles, initiating a faceoff at the other end of your chart with Pisces in your fourth house of home and family. Something is bubbling up from the depths, rising to a crest by the full moon in Pisces on September 20. Don’t make any categorical declarations about your work or social life — just pay attention to the imbalances coming up between the two. As you embrace a surge of motivation in your career realm, what big feelings come up and shock you? In October, you’ll be able to bring these emotions to the surface. Until then, give them space to rise upstream.

Come October, you’ll get some long-desired clarity about your finances. Until then, zoom out and consider the role you wish to play in your career and creative life. How could the new collaborations in your life be integrated into your big-picture dreams? How would you like to participate in group projects? Notice how you’re being seen in your public life, and how it differs from your fixed-in-stone self-conception. This upcoming Mercury retrograde, beginning September 27, goes down in your arena of career and public roles. Decide which teammates you want with you for the long haul — they may take your vision far beyond your wildest dreams.

We’ve got a Cinderella at the ball scenario on our hands: Despite the fact that your personal life is a mess, you’re the toast of the town. Right now, your originality is radiating, and audiences and collaborators are suddenly buying what you’re selling. That you may not have any idea where your life is going is nothing new, and no reason to get in your own way. The key to navigating this maelstrom of public success and personal confusion is discernment: Who do you want to collaborate with? Which opportunities need a resounding yes? Treat the Mercury retrograde, starting on September 27, as a chance to decide what’s important to you.

You’ve turned to your close relationships for grounding and stability, and now they’re starting to feel like an albatross. You need to leave the people in your life behind, if only for a moment, and lose yourself on the dance floor. Embrace opportunities for vacations, hikes, workshops, retreats, or any formal escape from the mundane. Invite any mysterious, magnetic, or challenging figures you encounter into your new life. These are the new high priests at your temple. On September 20, the full moon awakens your empathic imagination. Make sure you’re surrounded by people who speak your divine language.