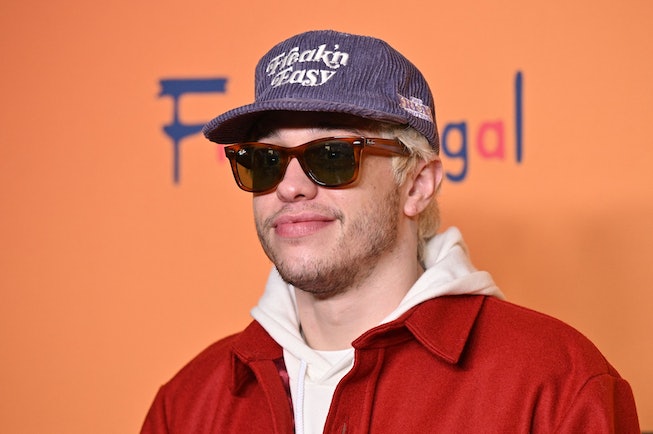 The only thing scarier than the possibility of Pete Davidson becoming a member of the Kardashian family is the plot of the new horror thriller in which he was recently cast. Davidson is set to star in The Home from director James DeMonaco. According to Deadline, The Home is set in a retirement home with a forbidden fourth floor, filled with residents and caretakers with sinister secrets.

The Home joins a list of other upcoming horror movies we’re excited about this year, including the fifth installment in the Scream franchise, Final Destination 6, which will be rebooted for HBO Max , and horror provocateur Jordan Peele’s third film Nope, starring Daniel Kaluuya and Keke Palmer. Davidson even has another horror flick release on the horizon: the Halina Reijn-directed slasher film Bodies, Bodies, Bodies.

Details on The Home are still under wraps, but find everything we know about the film so far, below.

It’s directed by the same director as The Purge.

DeMonaco knows his way around harrowing horror thanks to his work on the terrifying Purge franchise. The films were a box office success, which all but ensures that The Home receives a massive budget in order to spooky both the young and the elderly.

“We’re excited to be backing DeMonaco’s brilliant vision,” said Miramax CEO Bill Block, who is producing the film along with Sebastian K. Lemercier, who produced The Purge films. “James’ The Purge horror franchise has grossed over $450 million at the worldwide box office. With his masterful storytelling abilities and Pete’s versatility as an actor, this film will put audiences everywhere on the edge of their seats.”

According to Deadline, Pete will play Max, “a troubled man who starts working at a retirement home and realizes its residents and caretakers harbor sinister secrets. As he investigates the building and its forbidden fourth floor, he starts to uncover connections to his own past and upbringing as a foster child.” Yikes — there truly is nothing scarier than the kind of horror enacted by abusive people in abusive systems!

It will be interesting to see how Davidson takes on a role that doesn’t feel like it allows a lot of room to be funny, clueless, or charming by way of doing the bare minimum. Or is it the perfect role to up his crush cachet? Will Davidson fans — and the internet and media at large — freak out when they see him being kind to the elderly? Most likely yes on both counts.

According to People, production is planned to start later this month, fresh off Pete and Kim Kardashians’ post New Year’s Bahamas vacation. Here’s hoping for a Halloween release!