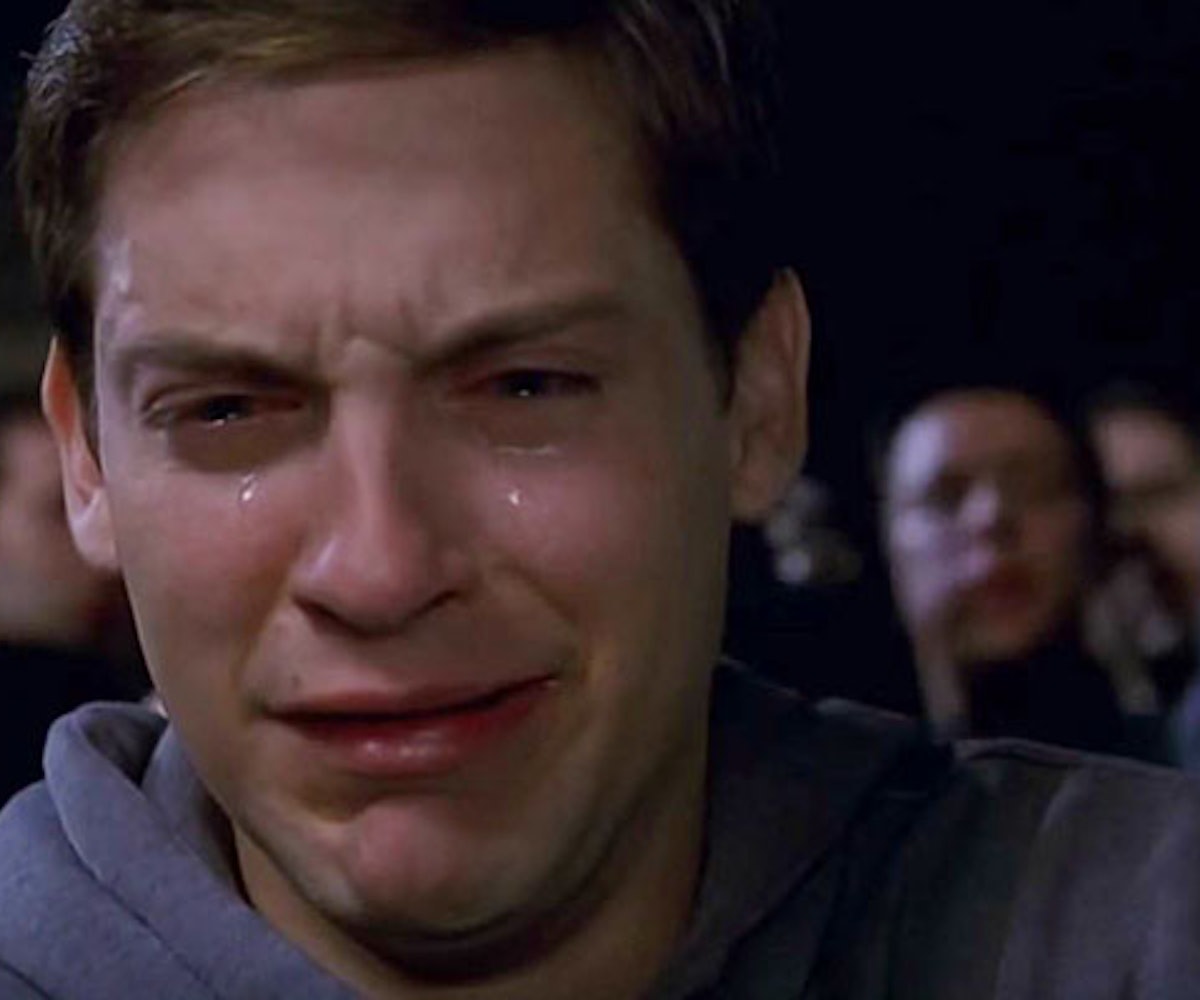 Anytime I hear about a new installment of Spider-Man, I think back to a simpler time in the franchise: the Tobey Maguire years. If you were born before 1995, you probably do, too.

The first Spider-Man film came out in 2002 and starred the young Maguire as your friendly neighborhood superhero. Prior to the titular role, Maguire had already starred in notable films like Cider House Rules, Wonder Boys, and Pleasantville, but it was the massive success of Spider-Man and its sequels which would come to define Maguire in the public's eyes.

But though Maguire swung onto the A-list in one quick swoop, he also seemed to swing right off following the end of the franchise. While filming the Spider-Man trilogy, Maguire balanced the superhero act with different work, something many actors do to avoid being typecast. For Maguire, this meant starring in the horse racing film Seabiscuit in 2003, which was nominated for seven Academy Awards, though none for Maguire; he also took a role in The Good German, though the George Clooney-starring vehicle wasn't as well received.

It’s now been 10 years since Maguire last put on his Spidey suit, and the roles he's taken have been few and far between. Part of this is due to the fact that Maguire is an elusive presence in Hollywood. This is all the more interesting considering Maguire's acting career actually spans longer than most; he got his start as a child actor in the '90s. But while, as a younger actor, Maguire was somewhat known for his wild ways (he was part of his good friend and Great Gatsby co-star Leonardo DiCaprio's infamous Pussy Posse), he removed himself from that lifestyle and became sober by the age of 19. In 2007, he married Jennifer Meyer, daughter of Ronald Meyer, vice chairman of NBC Universal, and notable jewelry designer, and they had two children; they announced their breakup in late 2016.

Perhaps, then, it is because Maguire's time has been taken up with that dad life that he gives off the impression of being mostly business, very little play. Plus, he’s been described as reserved in the past; while doing publicity for Spider-Man, he allegedly only gave one-word responses to almost every question posed. When asked in a 2002 interview how he felt about the suggestion that he’s too shy of an actor, he responded saying: “I know there's all this talk about my charisma deficit and I have to admit that I'm not a wild, in-your-face actor. It's not my nature to be flashy or extroverted and that's why I see it as a great challenge to me as an actor to be able to play against type and shake up people's perceptions of me.”

Maybe though, Maguire got tired of trying to change people's minds and decided to stick with film, but head for a different side of the camera. Because while he has been acting less and less over the last decade, he’s been getting into the producer's chair more and more and has refused to take on-camera roles that he doesn't feel strongly about.

“It’s always difficult to find projects that I want to get involved in, so that’s a continuous challenge,” he told us in an interview two years ago. “When you’re working with people you like and stories you like, then no matter how difficult it is, there’s a kind of excitement and passion for what you’re doing. And when it doesn’t work out that way, where you’re not in love with the story—I don’t want to say ‘in love’—but when you’re not interested, constantly interested, and curious to keep digging and pushing, then it’s just painful and not as much fun. So I try to avoid that.”

It's unfortunate for fans of Maguire that it doesn't seem like he finds too many passion projects these days, but at least we can take comfort in the fact that his Spider-Man will forever hold a place in our hearts. As Maguire’s Spider-Man co-star, Kirsten Dunst, recently said in an interview with Variety, “Everyone likes our Spider-Man. C’mon, am I right or what? Listen, I’d rather be in the first ones than the new ones.” What can we say? Dunst is always right. She just knows things.