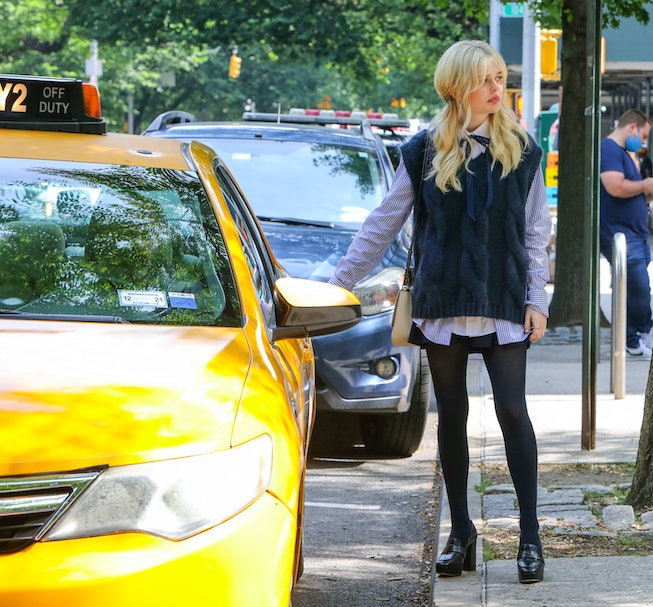 At this point it feels like there’s more reboots than original programming planned for 2021. Who knew the so-called golden era of television would give us so much regurgitated content from the last two decades? Here are 13 rebooted television shows we’re excited for in 2021, from a Daria spinoff to a reimagined Fresh Prince of Bel-Air, as well as some we’re weary about but will accept with a desperate nostalgia, like a Samantha-less Sex and the City reboot.

There’s basically no point in doing a Sex and the City reboot without Samantha, but that’s not going to stop Sarah Jessica Parker! She has said the fourth character in And Just Like That is the city of New York, which, no, but there’s sure to be some unhinged outfits and soft takes on “modern dating,” aka dating apps.

Behind the Music - Paramount+

It hasn’t even been a decade since the MTV series went off the air, and it’s become increasingly unclear what role rock docs serve in an Instagram world where celebrities control fans’ access, but who isn’t a little bit down to be manipulated into loving a down-on-their-luck band anyway?

We may have lost the Lizzie Mcguire reboot but we’ll take iCarly, which is back with a smartphone and some sex jokes!

Slated to air in fall of 2021, the 10-episode series about the likable serial killer will return, this time set a decade after the series left off in 2013, following Dexter in his self-imposed exile.

This spinoff of the late ‘90s-early 2000s animated MTV show Daria will focus on Daria’s best friend Jodie, who will be voiced by Tracee Ellis Ross as she tackles her first job at a tech company.

In this reboot of a Cheers spinoff, Kelsey Grammer will return to Frasier, and probably to a very different Seattle from when the series ended in 2004. Cue tech company joke here! We’ll see how therapy plays into the spinoff — maybe instead of having a talk show, Frasier will be an Instagram influencer therapist.

Pretty Little Liars is being rebooted by Riverdale showrunner Roberto Aguirre-Sacasa, which means oversaturated colors and more questions than answers. The reboot set in the same world as the original series, which ran from 2010 to 2017, but with new characters.

Set to release in 2022, the reboot of the animated series about this iconic fictional family will star Kyla Pratt as Penny and Keke Palmer as a 14-year-old activist named Maya.

The Fresh Prince of Bel-Air had a theme song so iconic that the reboot isn’t even based on the show; it’s based on the theme song for the show, says Alfonso Ribeiro, who played Carlton Banks in the original series. And it’s a drama, inspired by a viral trailer made by filmmaker Morgan Cooper. So it’s a reboot based on a fake trailer that’s based on a theme song...got it!

How I Met Your Father - Hulu

Hillary Duff didn’t get to be an older Lizzie McGuire, but she is going to be in the How I Met Your Mother spinoff, where Hillary Duff tells her kids about well, how she met their father. Maybe the father can be Gordo!

It’s the second time Beavis & Butthead is being rebooted; after ending in 1997, MTV brought back the show in 2011. Now, a decade later, the show’s creator Mike Judge says: “It seemed like the time was right to get stupid again.” Hard agree.

This might be dead after it was passed over by Peacock, but we can still dream about this reboot everyone asked for but maybe nobody really needs, which is described as, “a baby pink and bisexual blue-tinted, tiny sunglasses-wearing, oat milk latte and Adderall-fueled look at what happens when queen bee Cher disappears and her lifelong No. 2 Dionne steps into Cher’s vacant Air Jordans.” A lot of buzzwords!

Nautical nonsense comes back full force by the most chaotic starfish in all the sea: Patrick Star. The Spongebob Squarepants prequel follows the beloved imbecile as he lives at home and hosts his own variety show, and in turn never allowing his family a single moment of peace. Are you ready, kids?