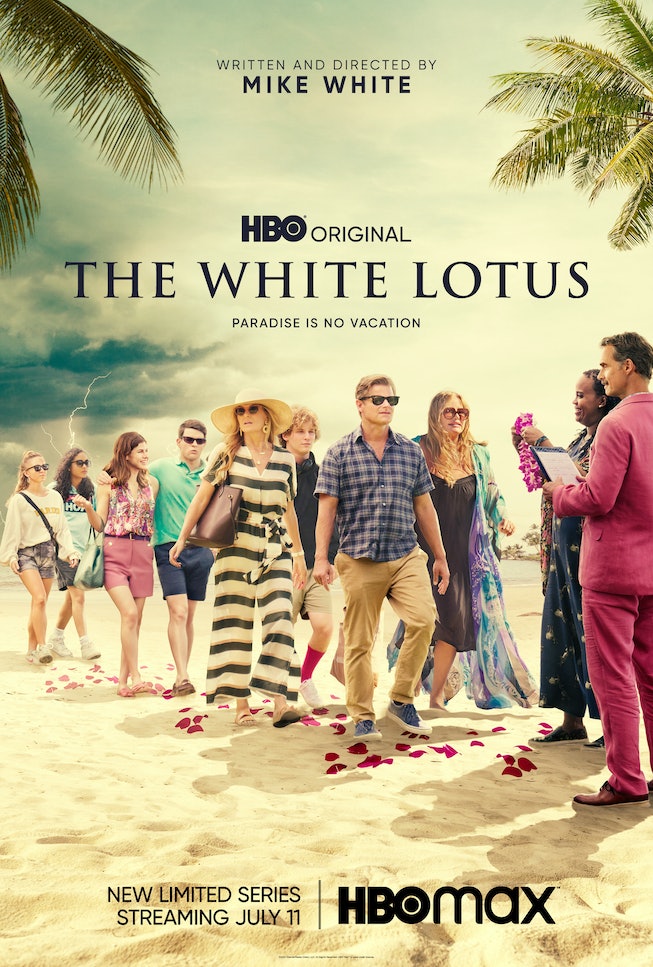 If you couldn’t already tell from the proliferation of think pieces on your Twitter timeline, The White Lotus is over. The breakout HBO hit created by Mike White, about the lives of a group uber-rich people vacationing at a Hawaiian resort, and the people who work there, has provided some much-needed escapism over the last month before culminating in a highly polarizing ending on Sunday.

Luckily, there will be a Season 2, which HBO announced last week after The White Lotus pulled in consistent growth in its week-to-week viewership. The second installment will take place at another White Lotus hotel, and some of the cast could come back, but it’s not clear. (In the meantime, here is NYLON’s dream cast for Season 2, which, nobody asked us but they should!)

The White Lotus staff may not be able to extend our stay with this cast, but as we eagerly await Season 2, here are six shows to binge that can help you fill that salacious, eerie, vapid hole left now that all the guests have checked out.

One of the most obvious, but nonetheless appropriate, White Lotus comparisons is *cue theme song* Succession, the ultimate show about horrible rich people and the tacky decisions they make. There’s so much to love: The endless supply of unnecessary, lavish modes of transportation the Roys take (a helicopter to play a game of softball?!), Kendall’s deep delusion that he can be cool by performing elaborate raps, how much Shiv hates Tom, and do we even need to mention Roman and Gerry? We are eagerly awaiting Season 3 with meme-ready Twitter thumbs poised.

This 2011-2013 phenomenal sleeper hit is getting a boost thanks to comparisons to The White Lotus. Also created by Mike White, who is most importantly Ned Schneebly from School of Rock, the show stars Laura Dern, who literally never stops working, and Luke Wilson. The dark comedy is about a corporate big-shot who has a spiritual awakening after going to rehab following some life-spiraling decisions — because who doesn’t love to see Laura Dern absolutely lose it?

Again, cue some Michael Kiwanuka and guzzle a glass of pinot gris. Big Little Lies isn’t only about the emotional entanglements of rich people, it’s also a whodunnit set in a picturesque beach locale like The White Lotus — but the kind of whodunnit where murder comes second to the emotional entanglements of rich people, because, everything does. Big Little Lies, like The White Lotus, was also so popular that the network announced a second season before the close of the show’s first.

Warning: Do not start this show unless you have 8-10 hours of uninterrupted time because once you get on this rollercoaster, it’s impossible to extricate yourself. Nicole Kidman and Hugh Grant play rich Upper East Side-ers — to give you an idea of their lifestyle, Nicole Kidman’s dad, played by Donald Sutherland, hangs out at the Frick every day — who find themselves at the center of a murder trial. Every episode gives you more questions than answers, but Kidman rocks some very fabulous long coats as she power-walks through Central Park.

Kaley Cuoco is delightfully self-effacing as an alcoholic flight attendant who wakes up after a one-night stand to find a dead body in her bed — every girl’s nightmare! She then has to solve the mystery of what happened in order to clear her own name in this dark comedy-thriller HBO series that is extremely bingeable and fun.

Flack is a deep dive into the seedy world of a no-boundaries London PR firm that protects the reputations of its celebrities clients at all costs. True Blood’s Anna Paquin stars as the possibly sociopathic boss whose own life spins out of control as she negates self-care to take care of the reputations of the rich and famous. Severe refusal to engage in work-life balance and the salacious lives of the uber-rich and famous? What more could we want?