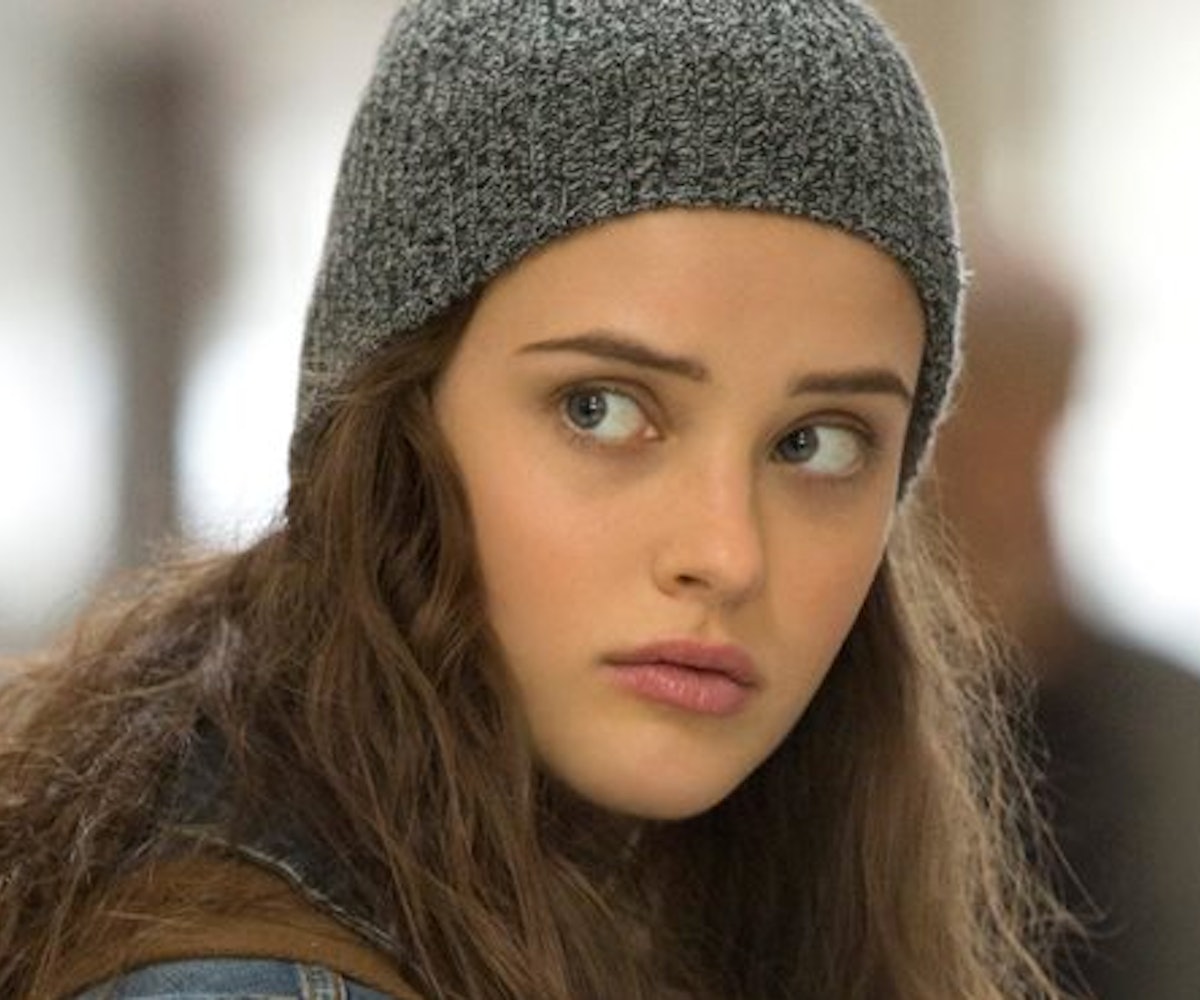 As I type that I can hear a chorus of people behind me crooning that the Netflix drama about 13 reasons (or rather people) that caused a teen to kill herself “starts a discussion,” and that it “encourages people to realize that you have to be careful because you don’t know what’s going on with others.”

To which I’m going to reply with: Yes, well, hanging mannequins wearing signs that read “teen suicide exists” in public places would certainly start a discussion; however, it wouldn’t be a discussion that was very sensitive or helpful to anyone dealing with mental illness.

As for whether or not you should think before bullying people: fucking duh. I do not think that not knowing the most basic kindergarten tenet of life… exists? Did people who cite the show's anti-bullying message as a reason to watch it just not know that anti-bullying messages are already prevalent in our society without the troubling addition of a tacitly pro-suicide narrative?

But so, let’s talk about the show, and the way it presents suicide. In 13 Reasons, a teen named Hannah (who is, by the way, played excellently by Katherine Langford) is relentlessly bullied until she takes her own life. The show begins after she’s killed herself. Before doing so, she left 13 tapes, each one of which is directed toward someone she feels drove her to this state. The people on the tapes—who had raped her, stalked her, slut-shamed her, spread around racy pictures of her—are largely despicable. But while issues like sexism and assault can and should be addressed, Hannah’s suicide as a result of these things is still really problematic.

First of all, crediting suicide to one single factor, like bullying, is a gross simplification of the myriad reasons that people wind up killing themselves. People who struggle with depression may have suicidal impulses regardless of the external circumstances of their lives. Barring one attempt to visit a counselor, Hannah’s mental state is never really examined, and that is a huge flaw in the show.

That said, the psychological consequences of bullying are real. (Which, if you are dealing with bullying, visit here.) But as much as telling people not to bully or sexually harass people is a good message—which it absolutely is!—telling kids that if they kill themselves all their bullies will feel bad or be punished is a horrible message if you are being bullied.

Because while all of Hannah’s bullies do feel terrible—not only because they are both psychologically tormented and fearful that their treatment of Hannah will be shared and get them in trouble, but also because they finally see that there was so much more going on with Hannah than they'd known—that is not some sort of definite outcome in reality, not by a long shot

For anyone who thinks that suicide might provoke this specific type of result: Suicide will not make bullies feel guilt about what they did to you. It will not give them newfound awareness about the world. It will not make them all throw rocks through one of your abusers’ windows, as it happens on the show. Bad guys on the basketball team will often continue being bad guys until they either have a change of heart of their own accord or become bloated, bitter, sedentary Fox News watchers.

Killing yourself will not make your high school bullies feel bad. Most of them aren’t that self-aware. After Columbine, most bullies just doubled down on their treatment of oddballs. When asked if they felt bad about bullying the shooters, one replied, “Sure, we teased them. But what do you expect with kids who come to school with weird hairdos and horns on their hats?... If you want to get rid of someone, usually you tease 'em. So the whole school would call them homos."

The only thing that will make high school bullies feel bad is your growing up and doing cooler stuff than them, at which point they will awkwardly like all your photos on Facebook.

A show where suicide reads as a revenge fantasy is troubling enough. But it’s even more troubling that 13 Reasons Why chooses to graphically show the suicide on-screen. And they do show how Hannah did it, step by step. The show’s creator—who I have no doubt did mean all of this in the most positive way—has talked about how he was dissuaded from committing suicide because he remembered the horrible ugliness of a friend’s suicide attempt. He’s remarked that showing Hannah slitting her wrists on-screen was, “to dispel the myth of the quiet drifting off, and to make viewers face the reality of what happens when you jump from a burning building into something much, much worse.”

Suicide is certainly a very ugly business. It is full of pain and vomit and blood and everything but “drifting off.” But recalling that it’s ugly is very different than having a how-to guide splashed across your Netflix screen. Especially if you’re a teen who is being bullied and thinks that suicide looks like a way to direct some hurt back to people who deserve it.

All of this may seem like too much outrage directed to what’s intended as thought-provoking entertainment. But given that we know that younger people can be more susceptible to suicidal ideation if they see others doing it—according to the New York Times, “analysis suggests that at least 5 percent of youth suicides are influenced by contagion”—it’s one of those topics that needs to be handled very carefully. But that’s not how this show is executed. Instead, this show implicitly glamorizes killing yourself because it allows you to think that it will do precisely what it won’t: Solve all your problems, make your enemies feel remorse, and give you some sense of justice. But justice can only be felt by the living. And you? You’ll be dead.

So, if you’re experiencing bullying, go here. If you’re having suicidal thoughts, this hotline is great. And if you’re looking for something to watch on Netflix, I hear Girlboss is supposed to be pretty good.