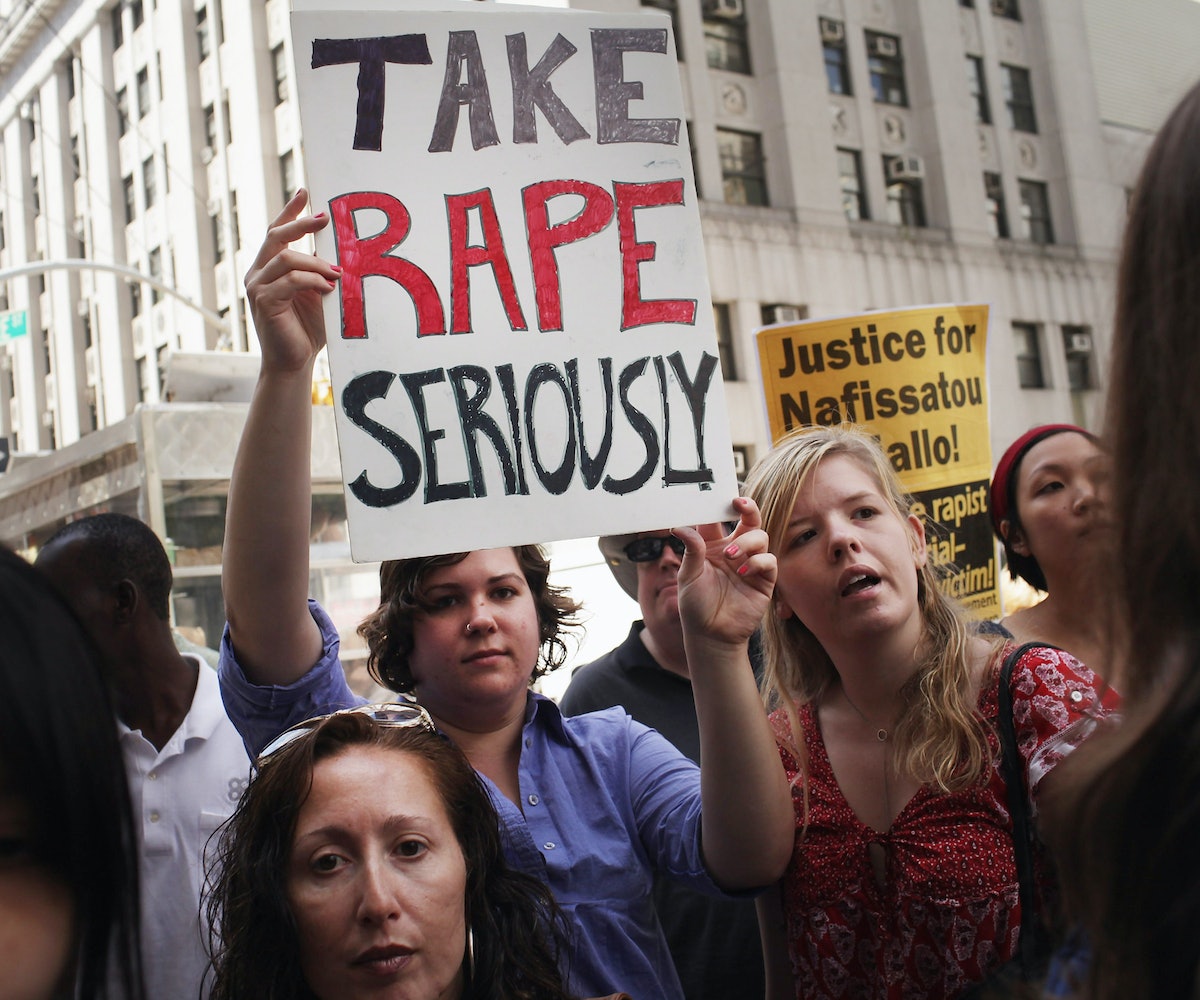 In addition to learning how to put a condom on a banana, students taking sex education in California will now be taught about sexual consent. This is a lesson that is apparently necessary, given that Stanford rapist Brock Turner, his mother, and father, all seem to misunderstand the concept. This year, California passed a law requiring high schools to teach "sexual violence prevention and affirmative consent" in sex education. The law will take effect January 1, 2017, and applies to schools that have made sex ed a graduation requirement.

"California must continue to lead the nation in educating our young people, both women and men, about the importance of respect and maintaining healthy peer and dating relationships," Republican Assemblyman Rocky Chávez said.

Sex education teachers will now be required to lecture on why it's critical to recieve an affirmative "yes" from someone before engaging in sexual activity. This is another great piece of legislation passed in California to protect women and men from sexual assault. Last year, the state became the first to require colleges to adopt the "affirmative consent policy," also known as "yes means yes," during campus sexual assualt investigations. The policy states that sexual activity is only consensual if both parties clearly express consent. While this might seem like "duh," some people desperately still need reminding. Laws like this will hopefully help curb the increasing number of sexual assualts on college campuses.

California Governor Jerry Brown also signed a new law mandating sex education for grades 7 through 12. Currently the education is not required, but most schools offer it.