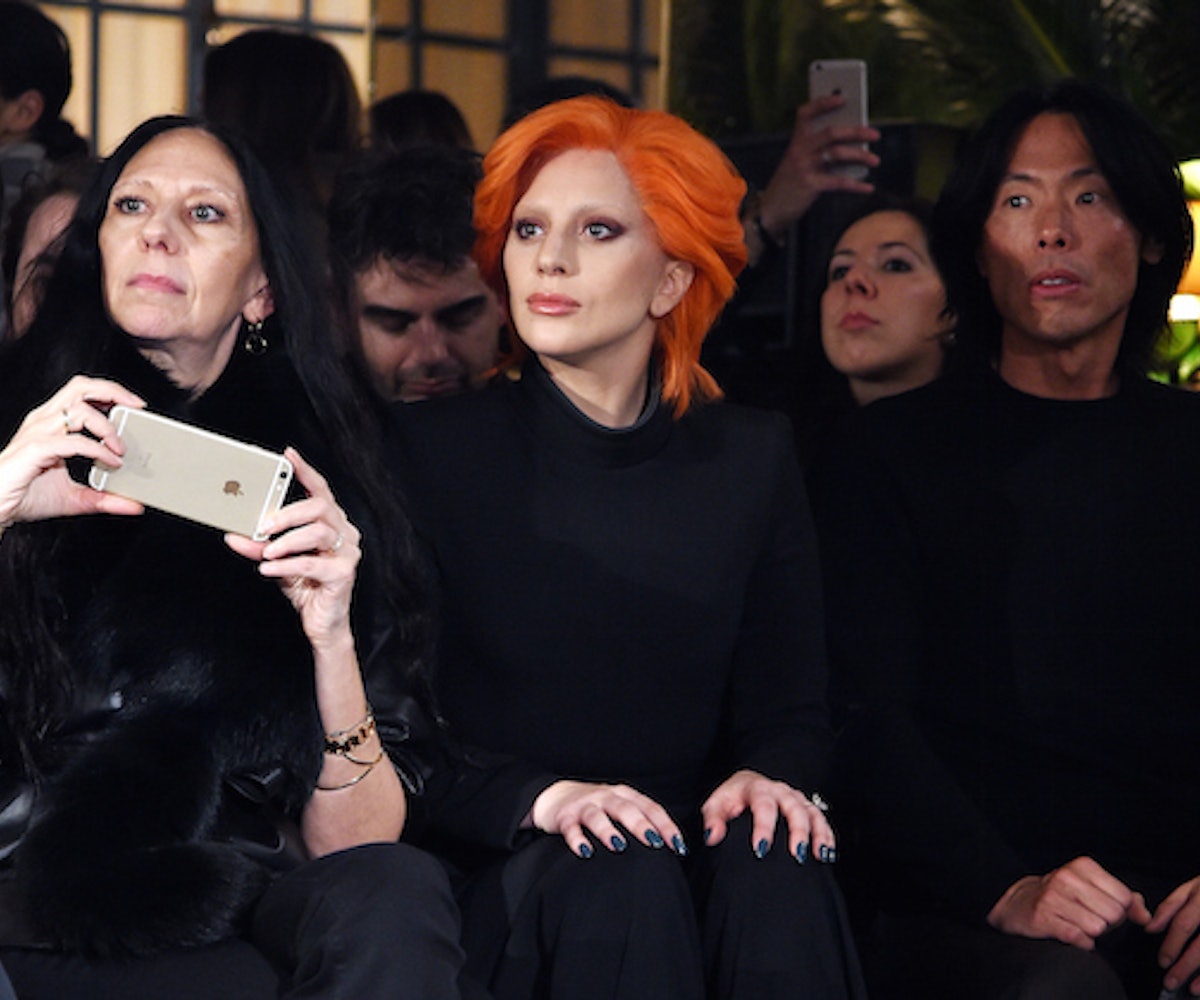 Lady Gaga, like her or lump her, is perhaps the best candidate in the world of pop music for heading up her own fashion label. Truly, there’s no more prominent fashion plate and style risk-taker with a contract out there. More than that, being a pop star with a fashion label to call your very own is almost an expected thing at this point. Kanye has one. Rihanna has one. Drake has one. Beyoncé has a couple. Even Rita freaking Ora has one, and no one’s really sure who she is. And, yet, Lady Gaga—despite having her own doll in the works—doesn't have one, and, as she says, "never will."

The intrepid New York Post caught up with Gaga while she was attending her stylist Brandon Maxwell's Fashion Week presentation Tuesday night at New York City’s Monkey Bar. There, reporter Dana Schuster quizzed her about the possibility of a Gaga fashion line and got a disappointing, but truly perceptive and understandable answer. “The thing is, at the end of the day, I have a real respect for fashion designers,” she said. “And it’s the reason I don’t have my own line and the reason I never will. If I ever do anything in fashion, it will always just be as a muse or as an aesthetic, creative. I like to be a part of helping artists find themselves and feel good about who they are.” She rounded up by saying, “I would never for a second claim to be proficient in fashion design [just] because I know good looks.”

You know what? We’re down with this. Not only does Gaga have enough going on, but she’s proven she can elevate others (Nicola Formichetti and her sister Natali Germanotta in particular) through her involvement. One doesn’t have to make fashion when one can be an outlet for fashion. As much as we’d like to see her name on a clothing tag one day, perhaps it’s better that she stay a champion of designers rather than one herself. Cheers to this.