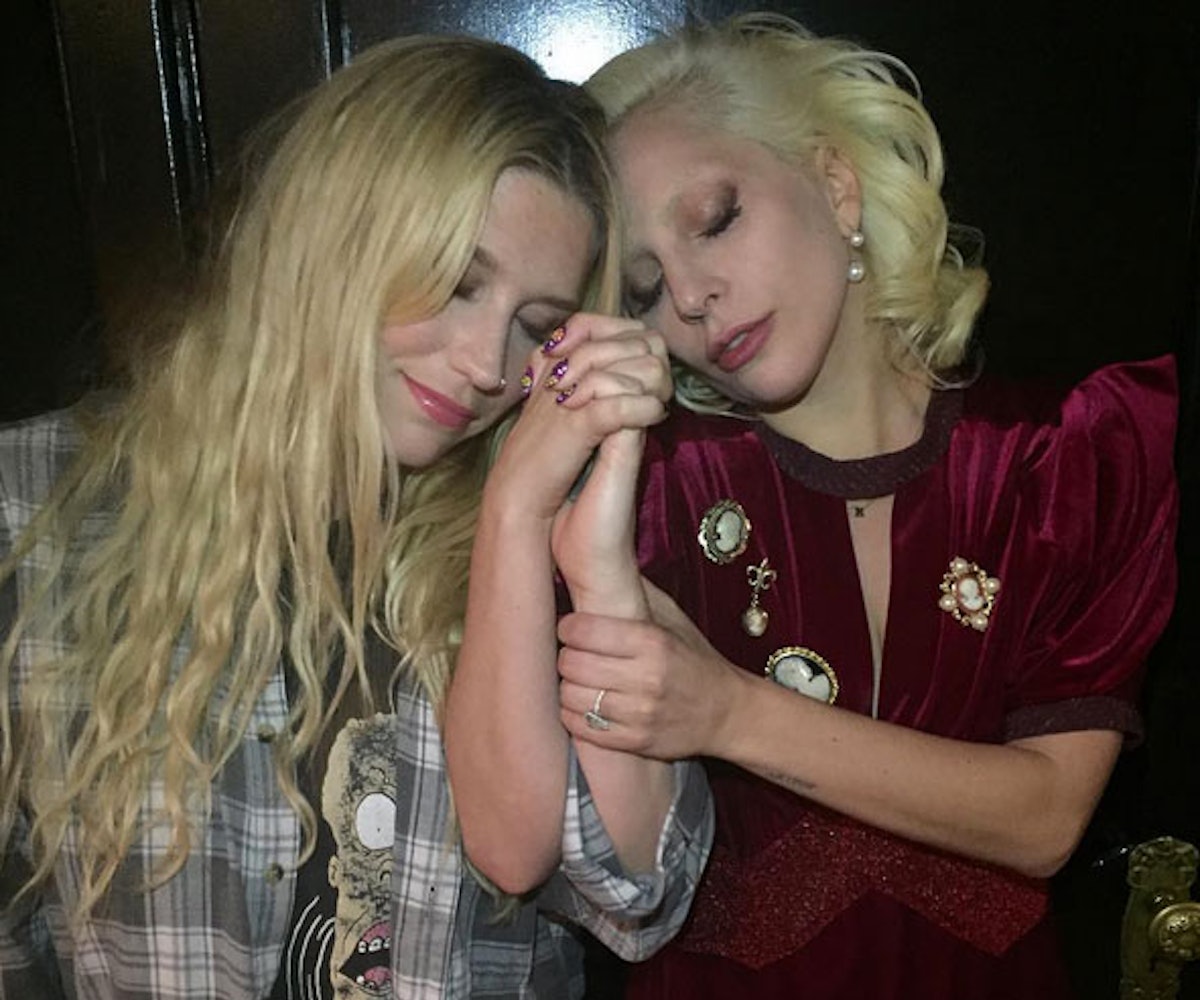 If anyone is going to publicly stand behind Kesha during this difficult time, it's going to be Lady Gaga. As an advocate for sexual assault victims, Gaga's actions speak for themselves and her words are heard by the masses. Last year, she and New York Governor Andrew Cuomo penned an op-ed, urging college campuses to pass a bill that enacts the affirmative consent policy.

This week, the pop star made her stance pretty clear when she shared a photo of her and Kesha spending some quality time together in the studio. (Many celebrities have expressed their outrage for Kesha on social media, but one can assume that they probably won't go to the same lengths as Gaga to fight for her.)

Of course, not everyone is on board with the #FreeKesha movement. Last night, Gaga went on Instagram to encourage people to stop shaming (and blaming) victims. The statement that Gaga wrote in response to a naysayer reads as follows:

“The very reason women don't speak up for years is the fear that no one will believe them or their abuser has threatened their life or life of their loved ones/livelihood in order to keep their victim quiet and under control. What happened to Kesha has happened to many female artists, including myself, and it will affect her for the rest of her life.

As always, we will continue to report on Kesha's progress as her case develops.