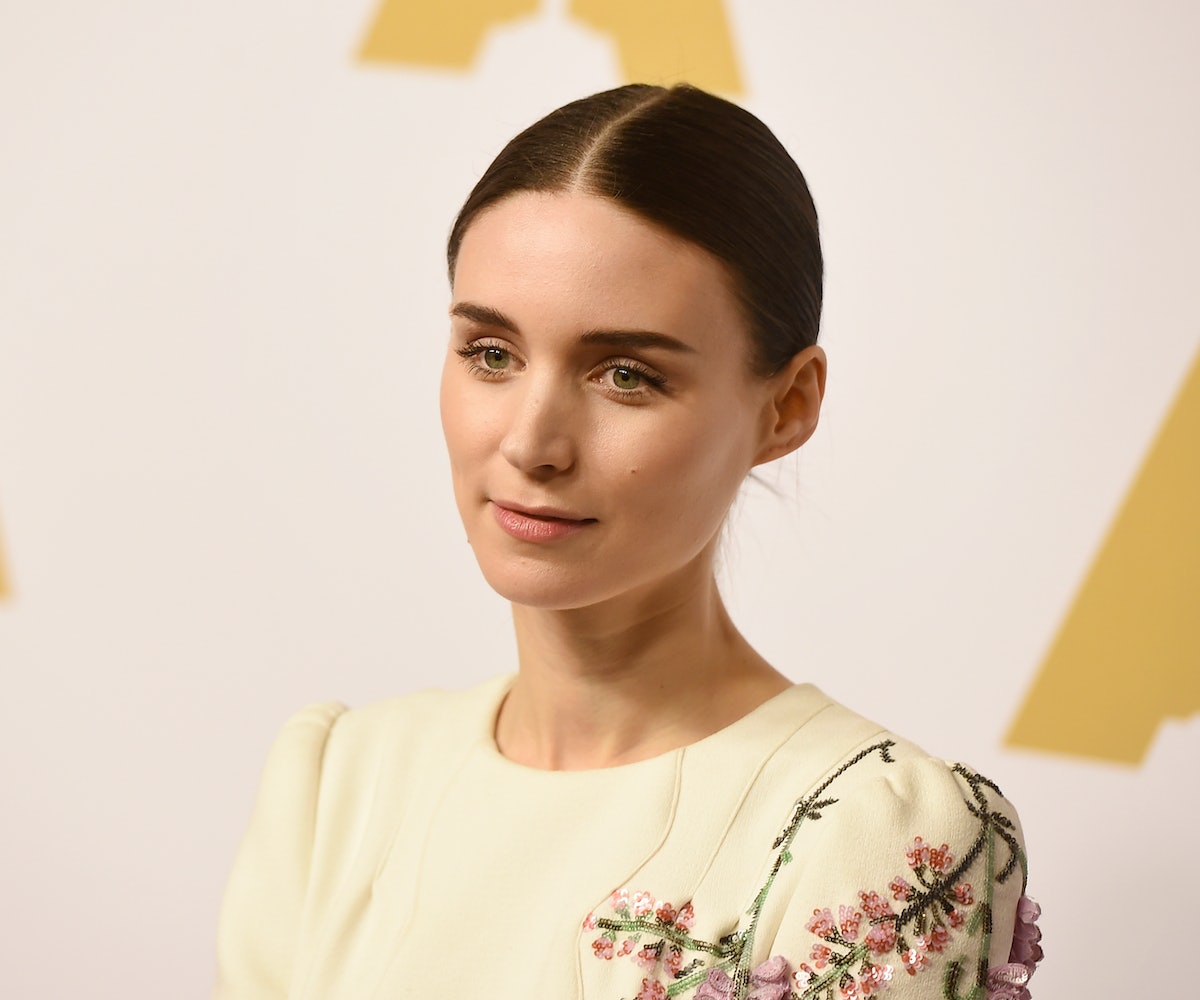 In the lead-up to this Sunday's Oscars, Hollywood will be forced to take a good long look in the mirror, as questions about the lack of diversity in movies will reach a fever pitch. Rooney Mara, who is among the twenty white actors nominated this year, was embroiled in her own whitewashing controversy long before this year's nominations came out, when she was cast as Tiger Lily in Joe Wright's Pan. In the original Peter Pan, Tiger Lily is Native American and Mara, well, isn't. According to Mara, she heard the critics, and regrets how the casting for that film played out.

"I really hate, hate, hate that I am on that side of the whitewashing conversation. I really do," she told The Telegraph in a recent interview. "I don’t ever want to be on that side of it again. I can understand why people were upset and frustrated.” Mara was careful not to disparage the film's director or any of her costars, but she also said that in hindsight, there "should have been some diversity somewhere." Casting white actors in roles that are meant for people of color is a common practice in Hollywood, but as stars become more sensitive to this issue, perhaps studios will rethink the way they cast certain roles.

Last year, Emma Stone said that she “learned on a macro level about the insane history of whitewashing in Hollywood and how prevalent the problem truly is,” after the backlash that ensued after she was cast to play someone of Hawaiian and Chinese descent in Cameron Crowe's Aloha. “There’s a lot of conversation about how we want to see people represented on screen and what we need to change as a business to reflect culture in a clearer way and not in an idealized way," Stone added.

While the increased dialogue is a step in the right direction, the true test will be if the Hollywood community continues to call for change after the Oscars have been handed out, or if this is just a cause célèbre that will be replaced by another one once awards season has passed. Only time will tell.