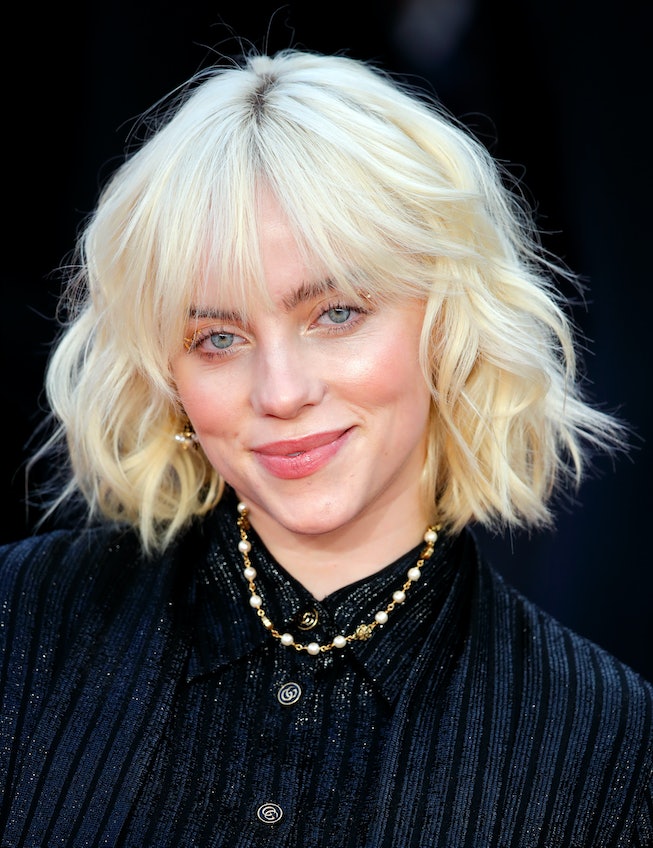 If there’s one thing that’s certain, it is that Billie Eilish is never content to keep one hair color or style for too long. On Thursday, December 2, the singer revealed on Instagram that she dyed her most recently platinum blonde hair a very dark, cool-toned brown. Her haircut also appears slightly shorter than the look she has been most recently seen with on her Instagram. The new picture makes Eilish’s now straight, brunette hair appear to be cropped right below her ears.

At this point we’ve seen Eilish with just about every hair color. In her earliest days on the scene, she had bleached white-gray hair that she eventually tinted a brackish blue-gray, before she took to even more extreme shades. In 2018, Eilish had cerulean blue hair and by 2019, she officially went to the dark side when she started wearing the look she became best known for. Inky-black hair with electric lime green roots became her signature style as she rose to superstardom. In March 2021, she shocked all of her fans when she revealed with a dramatically different look– white blonde hair and a cool, shaggy, short haircut with bangs. Eilish later shared that while she was making the dramatic transition from black and neon green to platinum blonde (which takes multiple sessions with a professional colorist to avoid hair damage) she secretly wore a wig for weeks. So, when Billie returned to her, ahem, roots, she captioned the Instagram of the brunette reveal: “Miss me?”.

Fellow musician JGrrey reposted Eilish’s Instagram to her stories and captioned it, “Omg @billieeilish why is EVERY hair color on you GROUND BREAKING”, and we would have to agree. It’s incredible that Eilish can make dying her hair a more natural-looking shade feel so out of the ordinary. While this current rich brunette shade isn’t as intense as her formerly black strands, but the darker color does feel like a return to form for Eilish after rocking a platinum blonde look for the better part of the year.

While it was exciting to see a softer side of Eilish with a Marilyn Monroe-inspired look, like the one she wore to this year’s Met Gala, it seems that she might be trying to signify to her fans that yet another era is coming. It’s hard to say what will be the next exciting stop on Eilish’s musical or beauty agenda will be, but we’re all looking forward to finding out.