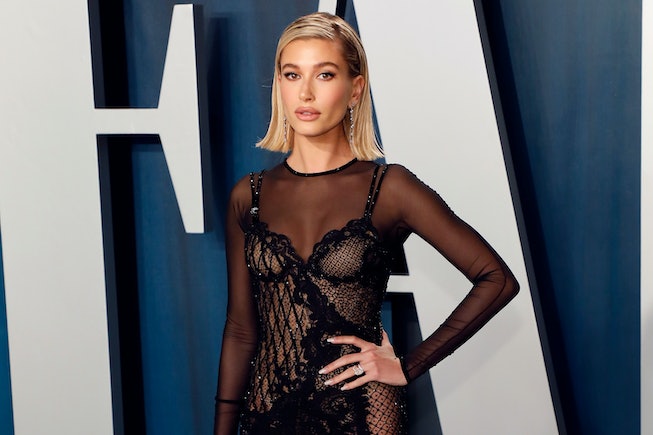 Hailey Bieber has is reportedly back to work on the speculated launch of her beauty brand. This latest addition to the ever expanding list of celebrity-backed beauty brands comes nearly two years after the model filed the necessary paperwork for a line of cosmetic products.

According to reported documents newly obtained by TMZ, the model has now come up with a new name, and she's filed the related documents. Her beauty endeavor will reportedly be named for Bieber's middle name, and will be called Rhode Beauty.

As of yet, Bieber has not confirmed the reported news. However, a move into makeup and skincare would be an obvious next step for the star. Bieber has frequently spoken about contending with various skin conditions on her social media, and she's seemingly unafraid to try the latest look in beauty.