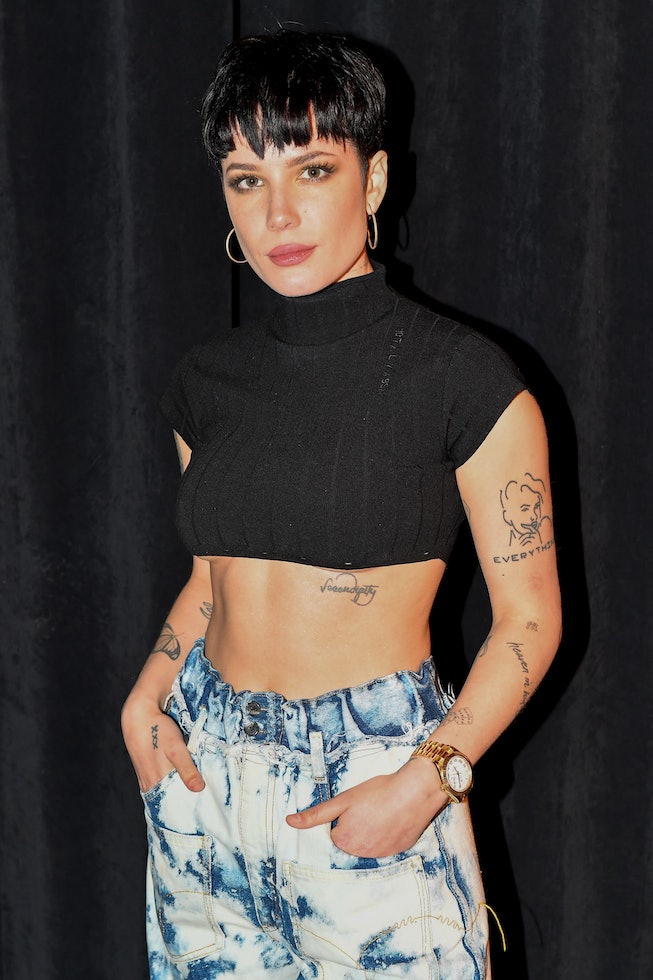 The great experiments in hair continue for Halsey. Never one to fully settle on a look for long, the newly named founder of About-Face beauty decided to go orange, debuting her colorful take on a mullet.

There's no official word on whether the style is a permanent chop or a temporary wig, but hairstylist Martin-Christopher Harper did confirm where the color got its inspo from. "Fifth element meets goth punk couture.... just a l👀k," he wrote on Instagram.

Sharing a selfie on her page, Halsey struck a pose, which gave followers a look at her fringe bangs, and texturized hair. In an additional image posted to her Instagram Story, the styling was more clear, and featured a soft mullet in a fiery orange shade.

Based on Harper's caption, it appears as if Halsey was also sporting makeup from her About-Face line, and while the exact products weren't named, you can make out some of the chosen coloring. Sporting a smoky eye, she paired the dramatic optical makeup with a pale pink lip.

Pairing intricate makeup with a colorful new hairdo isn't exactly out of the norm for Halsey. Her wig collection is frequently popping up on social media, with the singer recently pairing some of her favorite About-Face items with a sky blue style. Near the end of 2020, she had even chosen to chop it all off, revealing a shaved head that she later used as the base for an artful marble coloring.