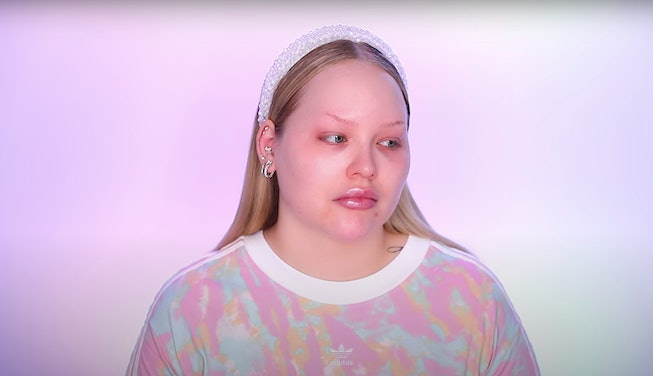 In her newest YouTube video, NikkieTutorials, whose real name is Nikkie de Jager, addressed her condition following a recent home invasion. Nearly a week ago, de Jager confirmed police reports that she, along with fiancé Dylan Drossaers, had been robbed at gunpoint, and in an update shared with fans, she confirmed that both are okay.

After previously announcing that she needed to take some time away from the Internet, the popular beauty YouTuber returned, uploading a tutorial and a statement on Sunday, August 16. Before beginning the makeup portion of her video, de Jager addressed what had happened, saying, "Even though I can't tell you too much, because there's still a very ongoing investigation, I do want to let you know that I'm okay."

She continued, calling the incident her "worst nightmare." She went on to say that the event had put a lot into perspective for her. "Now more than ever, you realize that family is everything, and being in good health is even more important," she said. "Maybe one day, I'll be able to tell you everything, but right now it's impossible for my mental state, but also for the law."

NikkieTutorials went on to credit makeup with helping her through difficult times, and she made the decision to shoot a new tutorial, saying she would not allow the event to take away her love for makeup. "Makeup has helped me through my darkest days," she said. "Makeup has always been that one thing that I could do to clear my mind...it is literally therapy to me."

After completing the tutorial, which included de Jager's attempt to recreate a look inspired by the Barbie Color Reveal dolls, she thanked followers for their continued support. As she noted in the beginning of her video, "2020 has been a wild ride."

Prior to the robbery, which occurred in de Jager's home, and had involved three suspects that fled the scene, NikkieTutorials had dealt with a blackmailer. At the beginning of 2020, de Jager had come out as transgender. Although she had always planned to come out to fans, she admitted that a blackmailer had forced her into the action, as the person, later identified by police, had threatened to leak the news.