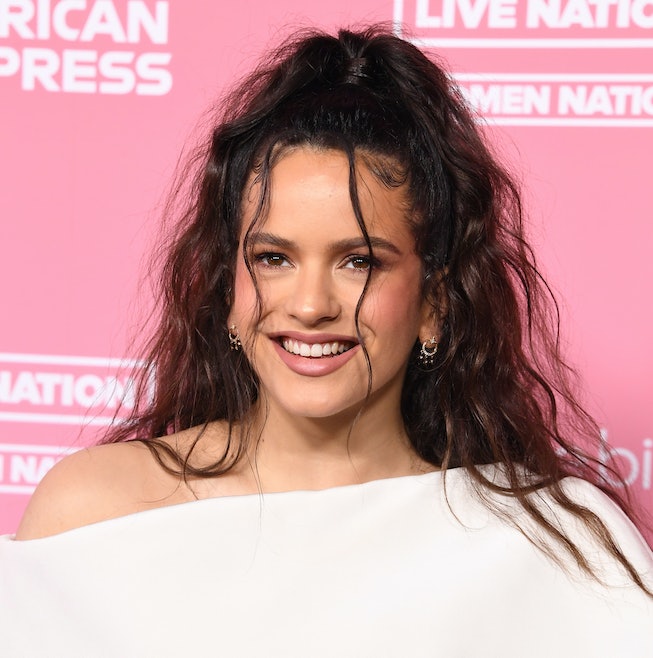 Thanks to Rosalía, you can officially rest easy when it comes to having short nails. The un-official queen of epic manicures shared an Instagram snap of her latest nail art on May 11, and it's a style you're likely not used to seeing on the singer. For the picture, Rosalía debuted some of shortest nails ever.

Should you be in need of a primer, Rosalía arrives to nearly every red carpet with truly jaw-dropping nail art — and even when she's not arriving to the Grammys with blinged-out tips, she'll stunt casually, like the time she turned her nails into a mini computer, wearing microchips as art. Her long nails have become part of her signature, which makes Monday's unveiling kind of unexpected, most likely due to continued social distancing restraints.

In the photo, the singer poses on a bed in a pink sweat suit, using her middle finger to show off her latest nail art — a shade of mixed pink with moon art — while also probably expressing her current mood, still stuck quarantining at home in May. The newest look comes just weeks after she posed with nails of a similar length that were adorned in an artsy pattern.

Take a cue from Rosalía's look for your next manicure and check out the picture, below. And if you're eager to add your own moons to a DIY manicure, there are plenty of nail sticker options that don't require serious artistic effort.