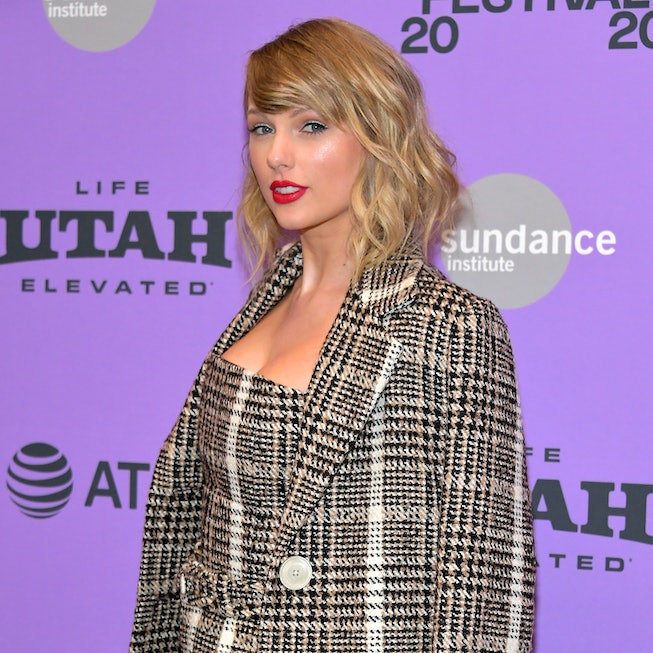 After taking the lead on creating her music video glam, Taylor Swift again acted as her own beauty squad, completing her look for the 2020 ACM Awards. The ongoing coronavirus pandemic has resulted in a shift in usual styling practices, and stars like Swift are clearly adapting.

On Wednesday, September 16, Swift debuted a live performance of her folklore single "betty," and for the very special occasion, she rocked some folklore-inspired glam. Similar to the styling she completed and unveiled in the "Cardigan" video, Swift embraced her curls, wearing her hair in a low bun that featured loose curls, and full bangs.

She kept her makeup very minimal in nature, and had dewy skin, alongside a soft peach lip. According to People, Swift paired her makeup with an all Stella McCartney wardrobe that featured a glittery turtleneck and tan slacks.

As fans of Swift know, she often embodies beauty routines inspired by her every album, and based on previous folklore looks shared by the singer, this current glam is all about curls and minimalism. For the album's cover, she styled her hair in two very loose, braided buns.

Along with practicing her makeup skills, Swift has been keeping busy with her music. In case you might have missed it, she previously released folklore, a surprise new studio album.

Get a closer look at the beauty routine, below.