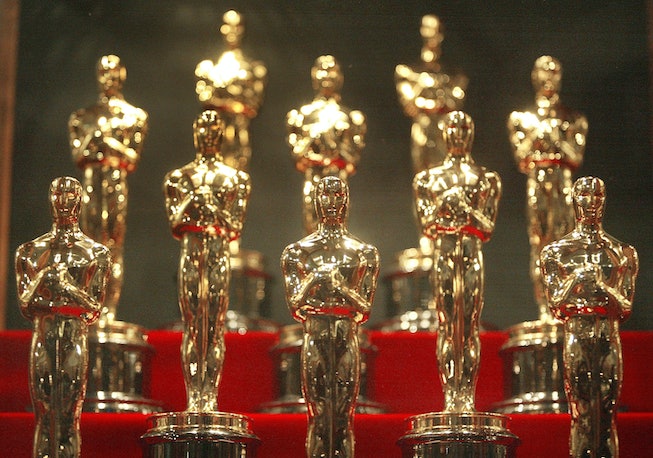 In what is quickly shaping up to be one of the wildest awards seasons in recent memory, The Academy finally announced the nominations for its 2021 Academy Awards this morning — a full month later than the ceremony itself would usually be held.

As usual, the nominations featured many expected candidates (from Nomadland to Mank to The Trial of the Chicago 7) and a few late-breaking entries (like The United States vs. Billie Holiday’s first-time lead Andra Day). But there were also some glaring snubs and several surprises. And while one of those surprises concerned the unprecedented number of performers of color nominated for acting awards, many of the snubs were also for people of color, who continue to be a blind spot for the ever-changing Academy. Now, as we wait for the ceremony to air live on April 25, 2021 at 8:00pm ET on ABC, let’s dive into the most shocking parts of this morning’s nominations.

Before getting into the bad, let’s celebrate the good: Double history was made in the Best Director category. For the first time in The Academy’s 91 years of awards-giving history, two women have been nominated for Best Director: Chloé Zhao, whose intimate Nomadland is widely considered the frontrunner in Best Picture, and Emerald Fennell, whose Promising Young Woman is one of the season’s buzziest (and most controversial) films. But the record-breaking didn’t stop there. 2021 also marks the first year that two Asian directors have been nominated alongside each other; as a Chinese filmmaker, Zhao is pulling double duty, and she’s joined by Lee Isaac Chung, whose touching Minari brilliantly tells the story of a Korean family who settle on a farm in Arkansas as they chase after the so-called American dream.

And yet, despite making history with two women and two Asian directors, the 2021 Oscars opted to skip their opportunity to also make history with the First Black Female Director, as Regina King failed to nab a nomination for her celebrated directorial debut One Night In Miami. Two years ago, King won her first Oscar for her stirring performance in Barry Jenkins’ incredible If Beale Street Could Talk, and for a while, it seemed certain that 2021 would be the year she secured her second nomination. Unfortunately, this morning, the wildly talented performer-cum-director came up short in the eyes of The Academy — and for that, I am so, so sorry.

Surprise: Another Round for Thomas Vinterberg in Best Director

While I am definitely mourning King’s snub, I can’t help but celebrate the Best Director nomination for Danish director Thomas Vinterberg, whose poignant yet fun film Another Round was one of my favorites of last year. While splashy foreign-language films like 2018’s Roma and last year’s Parasite have managed to break through to compete in the main categories in the past, no one could have predicted that this little Dutch gem would eventually nab a coveted Best Director nomination. (If anything, all eyes were on lead Mads Mikkelsen, who showed up in the Best Leading Actor category for the upcoming BAFTAs.)

Regina King’s snub in Best Director is one thing, but One Night In Miami’s failure to land a Best Picture nomination seems particularly egregious. An expertly directed actors’ showcase about a particularly timely conversation between four of our greatest Black leaders, the film seemed like a shoe-in — and yet, it came up short. (It only nabbed nominations for Leslie Odom Jr.’s supporting performance, his original song, and Kemp Powers’ adapted screenplay.)

The Best Picture snub is only more grating since The Academy are allowed to nominate ten films in this category. In the end, however, they opted to only put up eight, at the expense of One Night — and for that matter, Ma Rainey’s Black Bottom. That both of these Black-led ensembles started off as plays could have ultimately worked against them, but with two spaces up for grabs, I don’t see why they couldn’t have slid their way in. Hopefully, with next year’s return to a firm ten nominees, gems like this won’t end up caught in the fray.

Surprise: Is LaKeith Stanfield Even a “Supporting” Actor?

Here’s the thing: LaKeith Stanfield is not a “supporting” actor in Judas and the Black Messiah. Though the film was initially pegged as a Fred Hampton biopic, it immediately becomes clear that the Shaka King-directed scorcher is much more about William “Bill” O’Neal, the FBI informant whose betrayal of the Black Panthers would eventually lead to Hampton’s untimely murder. The majority of the film is told through O’Neal’s eyes, not Hampton’s — not to mention the fact that Stanfield has been campaigned as a lead actor by Warner Bros. since the outset. So how did he land in the Best Supporting Actor field? (The short answer: The Academy can nominate actors in whatever category they see best fit.)

Ironically, none of this really mattered, since Stanfield was never considered a real threat. While his co-star, Daniel Kaluuya (as Fred Hampton), has been nominated for every major award so far (Globes, BAFTAs, SAGs, etc.) — and after winning at both the Golden Globes and the Critics Choice Awards, is now considered the probable frontrunner — Stanfield hadn’t landed a single nomination for his role until this morning. His appearance in the category was one of this morning’s true shocks, and if Oscars history is anything to go by, his placement alongside his co-star could completely shake things up for Kaluuya’s current frontrunner status.

Okay, this isn’t a surprise, per se, since Yuh-jung Youn, the beating heart of Minari, has been considered a frontrunner for months. But given The Academy’s shaky track record with recognizing Asian performers — particularly those in non-English films (never forget when Parasite won Best Picture despite nabbing no acting nominations) — I had been gearing myself up for the worst. Luckily, I didn’t have to, since The Academy made the right decision and nominated the phenomenal Youn for what is undeniably one of the sweetest and most gripping performances in recent memory. Next stop: a win for the 73-year-old Korean cinema legend.

Surprise: So Many Nominees of Color

Speaking of, performers of color were everywhere in the acting categories this morning. Best Lead Actor and Best Supporting Actor both boasted three candidates each (Chadwick Boseman, Riz Ahmed, and Steven Yeun in Lead; Leslie Odom Jr., Daniel Kaluuya, and LaKeith Stanfield in Supporting), while Best Lead Actress boasted two (Viola Davis and Andra Day) and Best Supporting Actress boasted one (the aforementioned Yuh-jung Youn). After years of #OscarsSoWhite controversy, it was refreshing to see such a strong showing of support for Black and other POC performers, who inarguably gave some of the best performances of the year.

Despite all the love for performers of color, however, one Black-led film came up almost completely short today: Da 5 Bloods. While Netflix’s decision to release the invigorating war drama in the summer rather than in the fall or winter where most awards-fare goes could have ultimately ruined its awards chances, there was still a sliver of hope that The Academy wouldn’t forget how great this sprawling, expansive epic was. The film showed up in Best Original Score, but nominations for its two main performances (Delroy Lindo in Lead, the late Chadwick Boseman in Supporting) were nowhere to be found, making Da 5 Bloods the latest Spike Lee Joint to be almost completely snubbed by The Academy. I’ll pour one out.

Snub: All In (Or Nothing)

All In was as important as it was enjoyable, offering an easy-to-digest summation of our country’s long, sordid history with voter suppression while shining a much deserved light on Stacey Abrams — who, need I remind you, played a huge role in helping to turn Georgia blue and ultimately get Joe Biden elected. (It was one of the defining films of 2020, in my opinion.) For those reasons, it seemed like a natural candidate for Best Documentary Feature. But alas, The Academy didn’t agree.

While documentaries like the gripping Time, the touching Crip Camp, and the vital Collective all earned their slots in the final lineup, it’s harder to argue a case for why something like My Octopus Teacher was considered a more viable option. So many other candidates were overlooked — AppleTV and A24’s Boys State, Netflix’s inventive Sundance standout Dick Johnson Is Dead, just to name a few — but none sting as much as All In. And while we’re at it, Janelle Monáe’s lack of a nomination for the incredible original song “Turntables” is just as distressing.

"Judas and the Black Messiah"

"The Trial of the Chicago 7″

ACTRESS IN A SUPPORTING ROLE

ACTOR IN A SUPPORTING ROLE

Sacha Baron Cohen, "The Trial of the Chicago 7"

"The Man Who Sold His Skin" - Tunisia

"A Concerto Is a Conversation"

"A Love Song For Latasha"

"Fight For You" from "Judas and the Black Messiah"

"Hear My Voice" from "The Trial of the Chicago 7"

"Husavik" from "Eurovision Song Contest: The Story of Fire Saga"

"A Shaun the Sheep Movie: Farmageddon"

"One Night in Miami"

"Judas and the Black Messiah"

"The Trial of the Chicago 7"

ACTOR IN A LEADING ROLE

ACTRESS IN A LEADING ROLE

Vanessa Kirby, "Pieces of a Woman"

Thomas Vinterberg, "Another Round"

Dariusz Wolski, "News of the World"

Phedon Papamichael , "The Trial of the Chicago 7"

"If Anything Happens I Love You"

"The One and Only Ivan"

"The Trial of the Chicago 7"