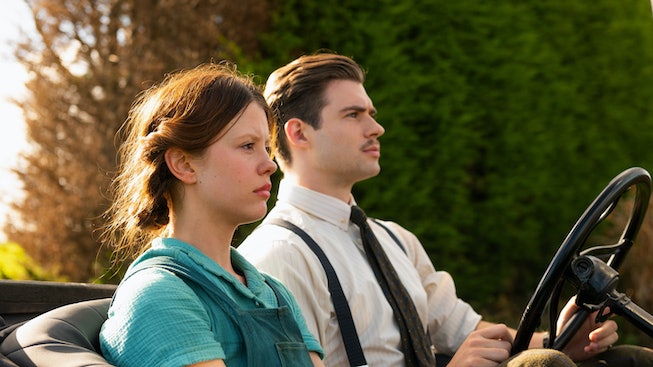 Right now, Ti West is being showered in praise for his latest film, Pearl, which just premiered at the Venice and Toronto film festivals before hitting theaters this Friday. A prequel to his critically-acclaimed X, from earlier this year, Pearl tells the decades-earlier origin story of X’s main villain — a horny elderly woman whose rabid sex-deprivation drives her to murder. With many hailing the new film as even better than its predecessor (which was already one of the year’s highest-rated horror films), Ti West, who shot the two films back-to-back, would be forgiven for taking a well-earned break. But the director is doing no such thing. Instead, West is currently preparing a third entry for his rapidly-expanding franchise — and this time, he’s looking to cast some fans as extras.

Titled MaXXXine, the upcoming conclusion to ‘The X Trilogy’ takes place after the bloody massacre of the original film, with aspiring adult film star Maxine Minx now “the sole survivor, who continues her journey towards fame [by] setting out to make it as an actress in 1980’s Los Angeles,” according to a report in Deadline. The film was first announced through a cheeky teaser (with the film’s title stylized in Hollywood Sign letters) that played at the end of Pearl’s Toronto debut.

In order to qualify to be an “eXtra” in MaXXXine, A24 is asking that applicants record themselves reenacting a specific scene from X, in which Maxine (played by Mia Goth) faces off against the film’s Big Bad, Pearl (also played by Mia Goth, in lots of old-age makeup). The one-page script for the scene can be accessed online here. A24 asks that all audition videos be submitted by posting them to TikTok, Instagram, or Twitter using the hashtags #XCastingCall.

As for what you might have to do as a MaXXXine eXtra, A24 is keeping tight-lipped. But at least the production company offered some pointers for how to stand out: A “good audition” is one that shows “creativity and originality.” They encourage interested applicants to “have fun with your audition submission” by using props, makeup, and fun editing. Or, simply put, “Make it your own.”

But do so quickly! The #XCastingCall ends in just two short weeks, on Wednesday, September 28, at 11:59pm ET. Which means you’re quickly running out of time to figure out if you have The X Factor.

Find more details about the casting call here. Pearl is in theaters this Friday.