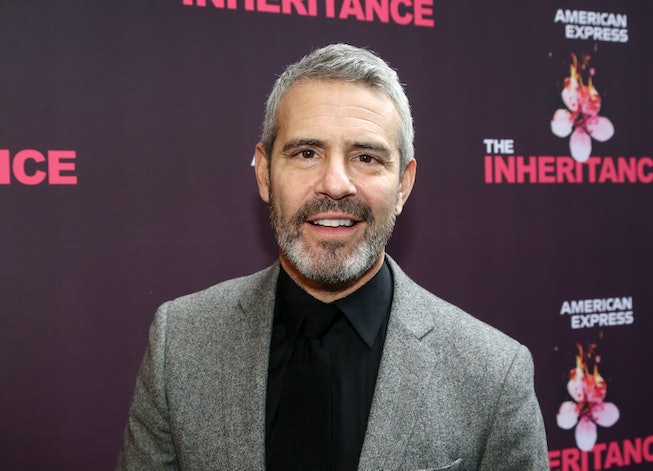 The world of reality TV defies categorization: from talent-based competition series (RuPaul's Drag Race, America's Next Top Model, any of the three design competitions currently on air) to survival-based competition series (Survivor, Big Brother), from dating shows (Love Island, The Bachelor, Too Hot Too Handle) to simple hangout series (Keeping Up With the Kardashians, the incomparable Selling Sunset), the genre is filled with new twists on familiar formulas, even as they each adhere to very specific guidelines to guarantee max enjoyment for the audience (just ask the characters on UnREAL). With its influence spilling over into every realm of our popular culture, it was only a matter of time before someone had the grand idea to explore the history and lasting legacy of reality TV and its inherent appeal. And who better to host that docuseries than Emmy winner Andy Cohen, whose name has become synonymous with reality TV as the creator and chief executive producer of Bravo's ever-expanding Real Housewives franchise?

Set to air on E! in early 2021, For Real: The Story of Reality TV will find Cohen "revisiting some of the most iconic moments from the genre and interviewing the stars behind those moments for the inside scoop," according to The Hollywood Reporter. In a press release, E! says the series will explore how reality TV has "radically affected society on a global scale" with each episode diving into an important moment or theme that has influenced the way we think about the genre. In addition to appearances from some of the reality stars themselves, For Real will also include commentary from industry pioneers, producers, and journalists.

In a statement, Cohen said, "I’m thrilled to look back at the shows that formed my love for reality TV and interview the icons of the genre. This series is like great candy!" Echoing his statement, Rachel Smith, the EVP of Development at Bravo and E!, said, “A reality connoisseur in his own right, Andy takes viewers on a deep and captivating journey into a genre that’s forever captivated audiences and impacted pop culture. At a time where the world is constantly changing, For Real: The Story of Reality TV offers the perfect escape we all need; an opportunity to sit back, relax, and submerge into a world that’s captured so many."

In a promo for For Real, Cohen teased some of what viewers could expect, hinting at deep explorations of moments like Teresa Giudice's infamous table flip in the first season of The Real Housewives of New Jersey and Nicole Richie's experience artificially inseminating a cow during her stint on The Simple Life. "What if we could rewind the clock and revisit [these moments] again? What all new inside scoops would we hear from the icons who lived it?" Cohen asks. "I hope you're ready, because we're going to spill some reali-tea."

Check out the promo for the upcoming docuseries below.