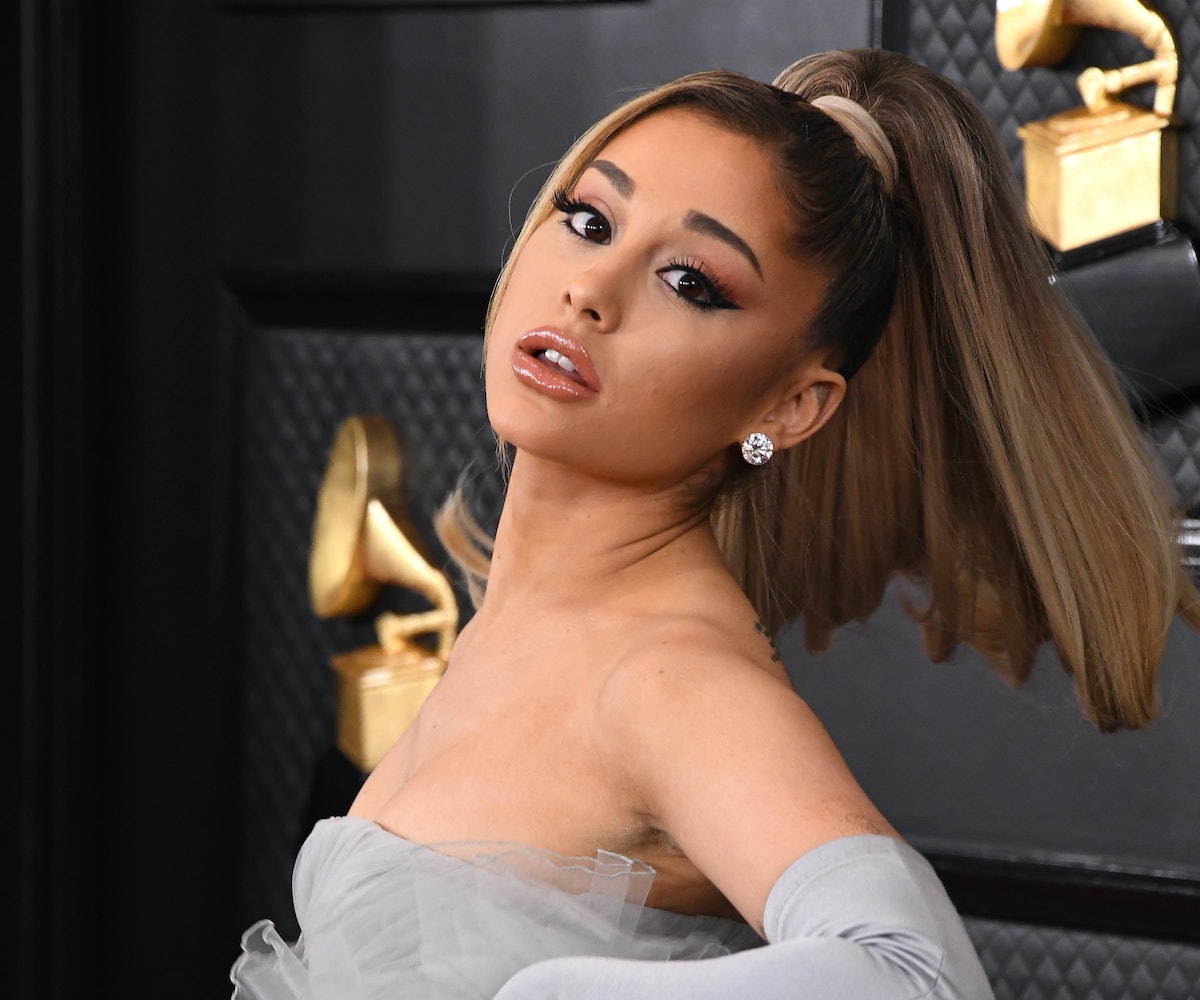 Ariana Grande is back. After dropping a few subtle hints about her musical future on social media, the pop star has officially confirmed the first single, its cover art, and a possible Sweetener-era collaboration for "Positions."

Sharing the news via an Instagram post on Wednesday, October 21, Grande announced that her new single, "Positions" would arrive on October 23.The singer also posted the song's accompanying artwork which features a faceless photo of Grande in her signature ponytail wearing a retro-looking two-piece.

Notably, the photo also came with a possible hint at a music video; Grande tagged director Dave Meyers and art director Stefan Kohli in the photo, both of whom helped Grande bring to life the dreamy, surrealist aesthetic that saturated her 2018 record Sweetener. Kohli confirmed he led the art direction on the photograph, while Meyers, who previously collaborated with Grande for multiple music videos, wrote, "Back in the lab...with my fam."

While it may be a stretch to assume Ari's next era will be a direct continuation of Sweetener, it's undeniable that something magical is definitely in the cards.

Grande first started hinting at the possibility of new music back in March, and after previously teasing a few snippets of possible material while reminding fans to vote, she confirmed her album was finished. "I can’t wait to give u my album this month," she tweeted last week.

Since, she's continued to drop a few more social media teasers, including a photo of her typing out the word, positions. As for what's to come after the single, Grande created a countdown on her website, which confirms that following the release of "Positions", AG6 will be released on October 30.

The upcoming release marks a continued streak of new and excellent material from the singer. She's spent the last few years churning out hits, with Sweetener in 2018 and Thank U, Next in 2019. Earlier this year, she also collaborated on singles with Lady Gaga and Justin Bieber.