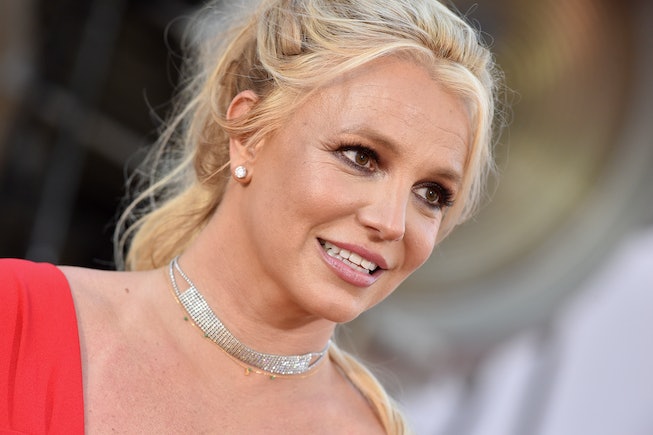 Britney Spears, understandably, is taking a break from social media. In an Instagram post on Monday, the singer said, “In a system where I’ve felt completely hopeless for so long, at least I do have a platform to share,” before concluding that, “Unfortunately the news has been pretty nasty saying horrible and mean lies about me so I’m gonna post a little less from now on.”

She also quoted fellow singer Selena Gomez, writing, “As Selena Gomez says it best - The world can be a nasty place ... I know it ... you know it … kill them with kindness.” The caption was posted along with a soothing video of avocado toast being made. Spears explained that, per her IG bio (“chef in the works”), the video had inspired her to “take on a new passion in the cooking field.” Perhaps a spot on Paris Hilton’s cooking show (or Selena’s?) is in the future.

Until then, we’ll have to wait for more dispatches from Spears’ Instagram to get a glimpse of the embattled pop star’s life. A judge recently denied Spears’ lawyer’s request to move up a hearing removing father Jamie Spears as her conservator. The hearing’s date will remain on September 29; speaking to the court last month, Spears said she wanted to press charges against her father for “conservatorship abuse” and called the situation “f***ing cruelty.”

Spears’ younger sister Jamie Lynn, meanwhile, is not shying away from the gram: over the weekend, she shared an Instagram story that included audio of her crying, while her 3-year-old daughter comforts her. The context-less video is presumably related to the younger Spears’ back-and-forth with her sister — over the past month, Britney called out her family, including Jamie Lynn, for their lack of support over the past 13 years.

NEXT UP
Entertainment
On "Flowers," Miley Cyrus Is Still In The Throes Of Moving On
Entertainment
Emma Chamberlain Is Officially Moving to Spotify On February 23 (Exclusive)
Entertainment
Is Rihanna’s Super Bowl Promo Hinting at New Music?
Entertainment
Samia On 'Honey' & Saying The Ugly Part Out Loud
Style + Culture, delivered straight to your inbox.