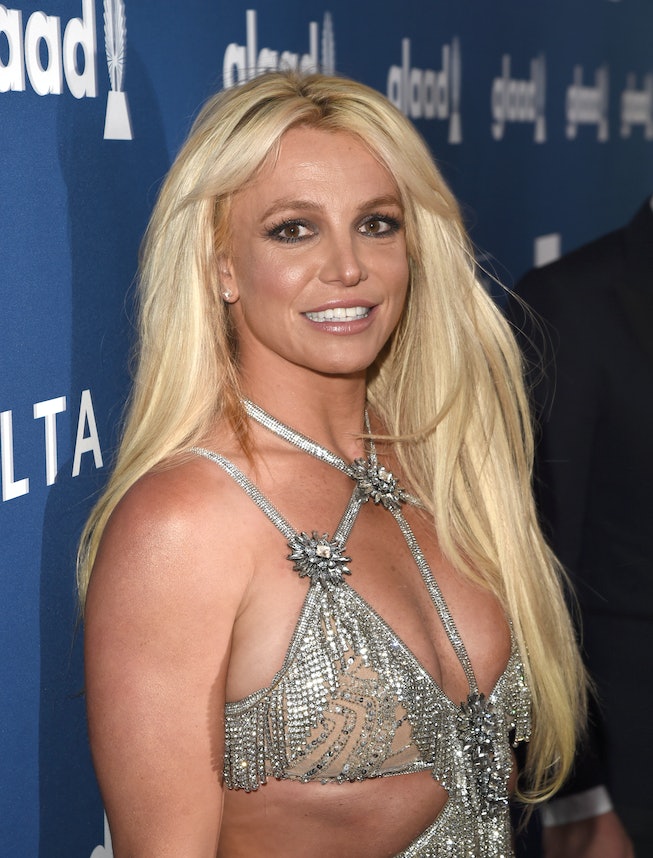 The response to The New York Times documentary Framing Britney Spears has been enormous. The reexamination of her conservatorship is gaining support from celebrities across the board, and those who aided in her downfall — like journalist Diane Sawyer and ex-boyfriend Justin Timberlake — are being slammed on social media.

Because of the tight circle of silence around Spears due to the nature of her conservatorship, we aren't expecting any direct statements from the pop star, but a recent tweet seems to show that she's watched Framing Britney Spears and has something to say. Spears shared a video from a 2018 performance of "Toxic," writing that while she'll always love being on stage, she's taking time off to "learn to be a normal person." Spears' court records have stated that she refuses to perform as long as her father, Jamie Spears, is in charge of her conservatorship. Her attorney, Samuel D. Ingham III, also claimed at a November hearing that Spears is "afraid" of her father and wants him completely removed from the conservatorship.

"Each person has their story and their take on other people’s stories !!!!" she continued. "We all have so many different bright beautiful lives !!! Remember, no matter what we think we know about a person's life it is nothing compared to the actual person living behind the lens !!!!"

A source close to Spears allegedly told Page Six that the documentary's release has the singer hopeful that the tides will turn in her favor. “There are parts of the film that were too hard and emotional for her to watch — the scenes that describe the most difficult times of her life, the relentless media circus and the harsh focus on her as a young mother," said the source. "She hopes that, because of this, she will be finally be freed from the vice-like grip of her father [Jamie Spears]."

The news comes with reports that Spears allegedly has her own documentary in the works coming from a top female filmmaker. It would be the first time Spears has had control of her narrative in years, but there's still fears her father will commandeer control of the project to portray himself in a better light.

“He is drunk with power over Britney’s life. She wants to work, she wants to make music and perform, but he is too controlling," claims the source. “He doesn’t want her to see her friends, he doesn’t want her to meet other people in the entertainment business, he tells her that everyone has bad intentions for her — when it plainly isn’t true.”

The source claims that Spears' father "grounded her" for three weeks over the summer after the singer — a woman in her late 30s, in case you forgot — met up with a friend for a walk on the beach. Even Spears' longtime boyfriend Sam Asghari broke his silence, calling Jamie "a total dick" who has routinely tried to control his daughter's romantic relationship.