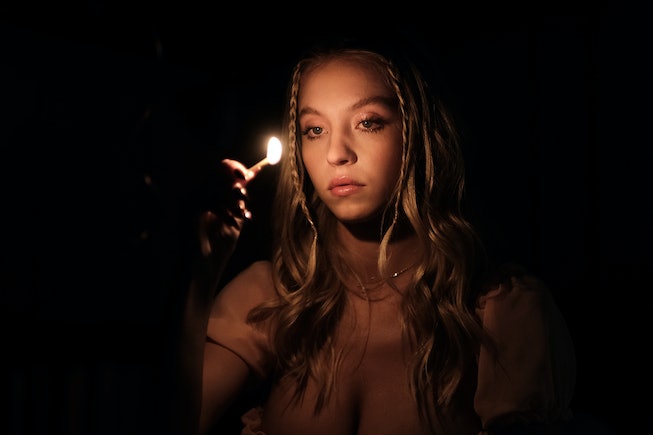 Of the incredibly large cast that makes up Euphoria’s sprawling ensemble, only four actors have ever been nominated for an Emmy: lead actress Zendaya (who memorably made history when she won in her category in 2020), guest actors Colman Domingo and Martha Kelly, and Sydney Sweeney, whose recent nomination for Outstanding Supporting Actress in a Drama Series felt like an accomplishment we could all celebrate. After a season of being put through the ringer, Sweeney at least got to emerge victorious as season two’s secret MVP — in terms of performance, if nothing else. Raw and exposed, Sweeney brought a visceral intensity to the hapless Cassie. It’s hard to imagine anyone else occupying the role — which is why, perhaps, it comes as such a surprise that the actress was once thought unfit for the part.

In a recent cover story for The Hollywood Reporter, it is revealed that Sweeney was “initially told that Euphoria’s casting director didn’t think she was right for the role of Cassie.” In fact, the casting director (who the story does not name specifically, but is most likely recent Emmy nominee Jennifer Venditti) was so convinced that Sweeney was not a “sweet, popular girl whose insecurities and daddy issues drive her into the arms of boys at school” that she told the actress to not even bother coming in to audition for the part.

Thankfully, however, Sweeney had an agent who was willing to go the extra mile for their client. Because her team at Paradigm had other clients who had gone in to read for the part of Cassie, they were able to procure the script for Sweeney. The actress then filmed a self-tape reading with her mom and personally sent it into the Euphoria team. The rest, as they say, is history. “They booked her directly” after seeing the tape, according to THR. And as for Sweeney’s current relationship with the casting director? “No hate to [her]. I love her now.”

Of course, her relationship with her agent is even stronger. (She wouldn’t have Euphoria without her, remember?) “It’s insane. My agent is my best teammate and I’ll have her forever,” she told THR after offering her thoughts about how the acting industry fails to facilitate loyalty and is “built to try to make you backstab people.” Later, she adds, “I see how people are like, ‘We support each other’ — and I’m like, ‘No. You fucking don’t.’”

“I can feel my bubble of who I can talk to and share intimate things with and have relationships [with] shrinking, shrinking, shrinking,” she continued. According to the actress, she can’t even commiserate with many of the people closest to her. She and her female Euphoria castmates “don’t really talk about that kind of stuff.”

Instead, she’s finding that, the more famous she gets, the more control she gives up. “You’ll write about this and people won’t believe what I say,” she said. “And that’s really, really hard.”