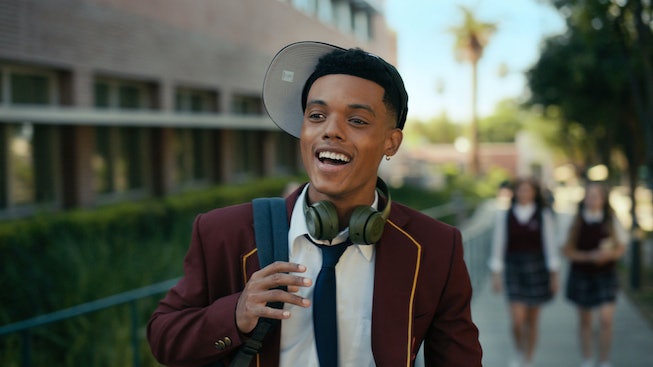 Over thirty years ago, NBC premiered The Fresh Prince of Bel-Air, introducing audiences to the Bankses, a wealthy Black family enjoying the high-life in upper-crust Los Angeles. Starring a young Will Smith (at the time, best known as a rapper) as the inner-city relative sent to live with the lavish Bankses, the series was a terrific fish-out-of-water comedy, successfully turning stories about class conflict and respectability politics into hilarious jokes.

But what if these same conflicts were amped up for drama? That was the question on Morgan Cooper’s mind when he created a trailer for imaginary film Bel-Air, which re-envisioned the classic ‘90s sitcom as a serious drama that takes place in the present day. The fan-made project became such a viral sensation that, a year and a half later, Peacock invested in the idea as a series, giving Bel-Air a two-season order. And now, the upcoming drama has a trailer.

Described in a plot synopsis as a “new, dramatic take on Will’s complicated journey from the streets of West Philadelphia to the gated mansions of Bel-Air,” the upcoming Peacock original will focus on the collision of these two worlds, forcing Will to “reckon with the power of second chances while navigating the conflicts, emotions, and biases of a world far different from the only one he’s ever known.”

As was the case in the original ‘90s sitcom, Will still arrives to his uncle’s posh mansion (complete with a new Geoffrey) after getting into a basketball-induced altercation in his own hometown. However, while the original stuck to the theme song-delivered claim that Will “got in one little fight and [his] mom got scared,” the trailer for Bel-Air makes it clear that its protagonist was in slightly direr straits when he was shipped across the country. This “scruff on the ballcourt” got really “nasty” — even including some gunplay — and now, “some bad man from Philly wants to deal with [Will].” But that’s okay. According to Uncle Phil, Will will be sticking to “the story” that he “came to Bel-Air for a better education, simple.” (Of course, as one character tells Will in the trailer’s opening moments, “This town will try to make you forget who you are and where you came from. Don’t let it do that.”)

This setup naturally sets Bel-Air apart from its parent show, and the added stakes will no doubt lead to some very interesting conversations about class and race. Unlike the original Fresh Prince, where Will’s non-pretentious confidence quickly endeared him to many of his peers, Bel-Air seems to be playing in new waters. Judging by the trailer, Will’s refusal to stop “repping” his hometown causes friction in his new environment. Meanwhile, our new Carlton, once an awkward try-hard, seems cooler and slightly more menacing in the upcoming drama reboot. The days of buttoned-up squares dancing to Tom Jones classics are, alas, long gone.

Watch the trailer for Bel-Air below.

Bel-Air will premiere with three episodes on February 13 on Peacock.