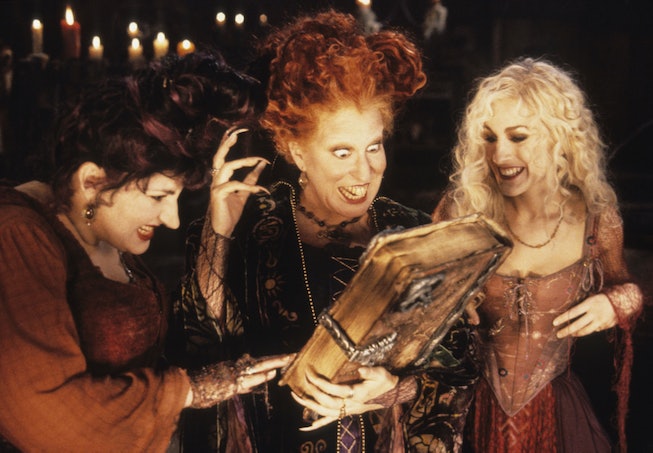 One of the biggest trends to emerge from our pandemic-induced quarantine has been the reunion special. Recently, we've seen Lindsay Lohan and Elaine Hendrix reflect on the lasting legacy of The Parent Trap and Aaron Sorkin and Co. tap back into the utopian politics of The West Wing. Soon, we will take a walk through Los Angeles' upper-crust with Will Smith and The Fresh Prince of Bel-Air cast, and eventually, all the... "friends" will join together to celebrate two and a half decades of Friends. But just in case these specials don't fully satisfy your cravings for TV and film reunions, you can get excited for the next one: Hocus Pocus, the 1993 Walt Disney cult classic about a trio of witches who kill children to absorb their youth. Leads Sarah Jessica Parker, Bette Midler, and Kathy Najimy will all make appearances.

In a tweet about the event, Bette Midler teased the sure-to-be legendary event to her 2 million followers, writing "Your 3 fav witches are reuniting for 1 night only." According to the Golden Globe-winning actor, "In Search of the Sanderson Sisters is the best thing to happen to Halloween since Hocus Pocus + Reeses Pieces."

A good spook for a good cause? Sign me right on up!

In Search of The Sanderson Sisters: A Hocus Pocus Hulaween Takeover airs at 8 p.m. Friday, Oct. 30.