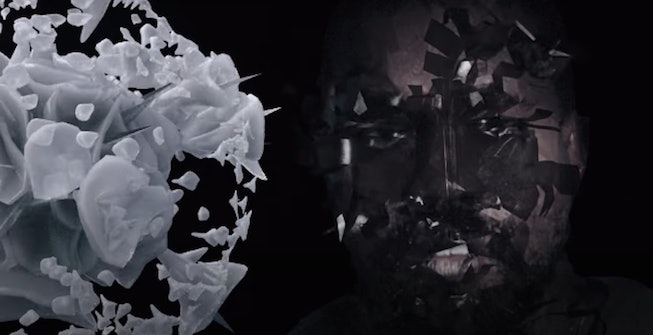 Kanye West is no stranger to shock value and controversy. It's the foundation of his music career, but in recent years it's taken a more nefarious, political turn in his outspoken support for President Trump. West, who has frequently been photographed wearing a red "Make America Great Again" hat, has been on the receiving end of backlash from fans who felt betrayed by West's pro-Trump evolution, despite the latter's racist, homophobic, sexist, and corporate-driven policies.

West reportedly donated $2 million to the families of George Floyd, Breonna Taylor and Ahmaud Arbery, but has otherwise stayed relatively quiet throughout the surge of Black Lives Matter protests against police brutality. He officially ended his silence with the video for his single "Wash Us In The Blood," which opens with protest footage of police, and includes the video of Arbery's shooting, clips from West’s Saint Pablo Tour and Sunday Service rehearsals, along with visuals by video artist and prior West collaborator Arthur Jafa. There feels like a dissonance between the "Wash Us In The Blood" video and West's most recent politics, something that we will surely see unfurl in his next album press cycle.

The track is set to appear on West's forthcoming record, presently titled God’s Country; it's been described as primarily "Worship Songs." In his April 2020 interview with GQ, West discussed how the album came to fruition with the accidental help of his pastor. “I was thinking of not rapping again, because I rapped for the devil so long that I didn’t even know how to rap for God," he explained. "Then one of my pastors told me, ‘My son just said that he would want a rap album about Jesus from Kanye West.’ He didn’t say, ‘Kanye West, you should do this,’ or ‘you need to do this.’ He just told me something that a child said. And that one thing made the difference.”