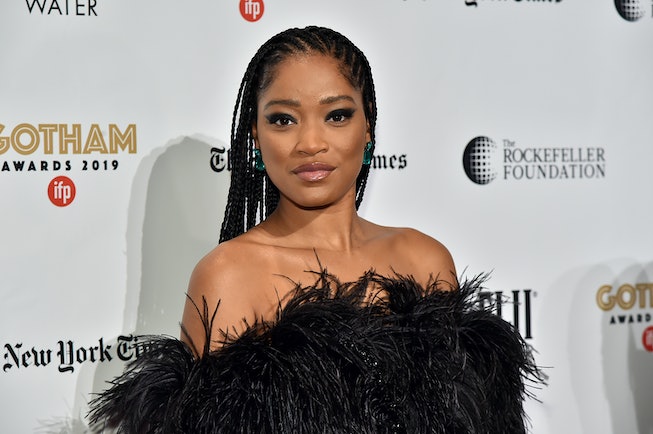 In recent years, Jordan Peele has developed a solid reputation for pulling out knockout performances from his talented lead actors. In his critically acclaimed directorial debut, Get Out, Peele led his star Daniel Kaluuya to an Oscar nomination (in addition to securing an Oscar win for himself in Best Original Screenplay). And while his sophomore followup, Us, failed to earn nominations for star Lupita Nyong'o, many cited her exclusion from the Best Actress race as an unforgivable travesty. If history is known for repeating itself, then I can't wait to see what he will do for his latest star, the beloved Keke Palmer, who is all set to star alongside the aforementioned Kaluuya in Peele's latest horror film.

Though mum's the word on what to expect from the as-yet-untitled project, this first inkling of news is undeniably exciting considering Palmer's reigning status as one of the most promising actresses working in Hollywood. Though she has kept audiences entertained for years, the 27-year-old has never really been given a true moment to shine in a lead role. Following her breakout in the 2006 spelling bee competition film Akeelah and the Bee, Palmer captured hearts in the titular role of the Nickelodeon hit True Jackson, VP, where she played the teenage vice president of a respectable fashion company. In recent years, the young star has held supporting roles in everything from Ryan Murphy's Scream Queens to Lee Daniels' Star to MTV's Scream: The TV Series.

Palmer also spent several years as a co-host on ABC's long-running Good Morning America talk show before being handed the reigns for her (since-canceled) spinoff GMA3: Strahan, Sara & Keke. (We still support her call for a "millennial The View.") Her most recent hit was the beloved Lorene Scafaria stripper tale Hustlers, and currently, the actress is in production for the upcoming Krystin Ver Linden film Alice, where she will star in the titular role as "a slave in the antebellum South who escapes from her secluded plantation only to discover a shocking reality that lies beyond the tree line."

Meanwhile, Kaluuya, who memorably starred as Kenneth in the UK version of Skins in the late aughts, has recently been enjoying the Hollywood boost he was given by his appearance in Get Out. Following that breakout, the 31-year-old actor has gone on to appear in Ryan Coogler's Black Panther, Steve McQueen's Widows, and Melina Matsoukas' Queen & Slim. Currently, he's working the press circuit for the recently-released Judas and the Black Messiah, where he plays real-life Civil Rights activist Fred Hampton. The role has garnered universal acclaim for the actor and has already nabbed him nominations from the Golden Globes and the Screen Actors Guild. (An Oscar nomination next month doesn't seem too far out of reach.)

Together, Keke Palmer and Daniel Kaluuya will no doubt make magic for Jordan Peele's latest film. If the script is even half as socially-conscious and compelling as those for Get Out and Us, it's no stretch to assume that Peele already has another box office-breaking horror hit on his hands.

I, for one, am ready to be spooked when the upcoming film hits theaters nationwide on July 22, 2022.