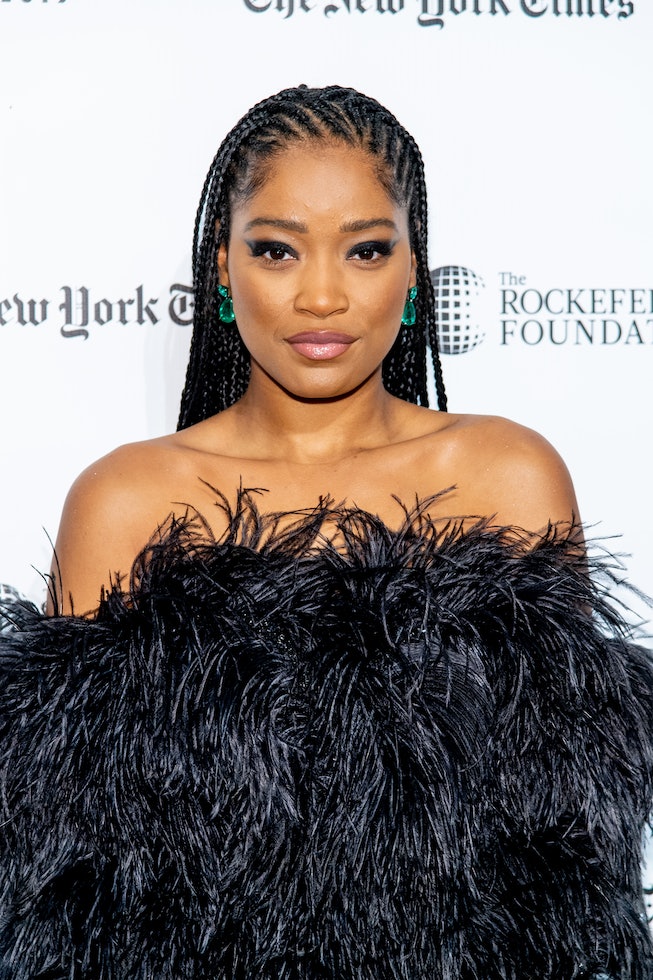 When we said Keke Palmer was booked and busy, we meant every word. The actress is gearing up to host the 2020 VMAs later this month, voicing a new character in Disney+ The Proud Family reboot, and entertaining the idea of starting a millennial version of The View. But her packed schedule doesn't end with these ventures — Palmer announced today that she's also bringing her music career back into the mix, and that her forthcoming EP Virgo Tendencies, Part I is dropping later this month.

The title Virgo Tendencies, Part I is perfectly accurate considering Palmer's lifestyle since Virgos are famously known for being meticulous and productive as hell. It checks out! Palmer shared the cover art, which features herself in full aughts splendor — windswept hair, a printed tube top dress, an avant-garde cat eye, and jewelry glitz. The EP includes 12 tracks with standout song titles like "1-800-KEKE," "Let's Have a Keke," "Twerk N Flirt," and "Quarantine Blues."

Virgo Tendencies, Part I follows Palmer's 2007 debut record So Uncool. The EP still doesn't have an official release date, but Palmer will likely continue to drop morsels, like her cheeky single "Snack," to keep us hooked until we can have the whole thing.