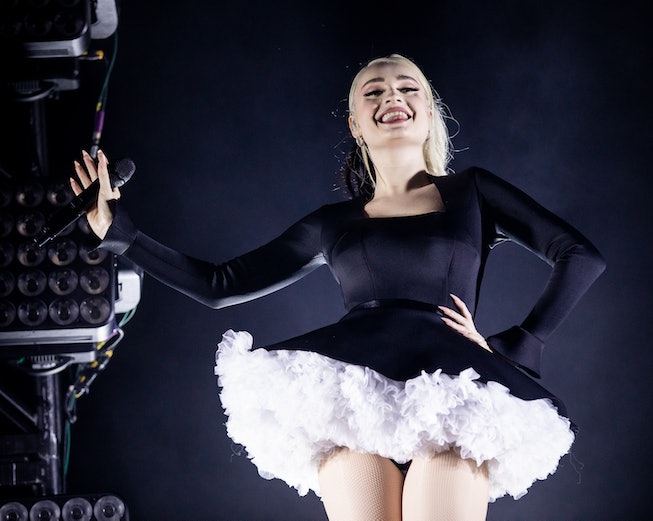 One of the few things that's kept me going throughout these last two months of quarantine has been the release of new pop music. So far, we've gotten excellent new albums from Dua Lipa, Rina Sawayama, and JoJo, and soon, we will be getting the same from Lady Gaga. But before that, we can get excited for the upcoming release of "Malibu," the latest single from LGBTQ+ icon and all-around superstar Kim Petras.

Before we get the new single — which, I can confirm, is an excellent, dance-worthy escapist bop that's perfect for the times — Petras will be celebrating with a special Zoom party leading up to its midnight release. And because no party is complete without a worthy lineup, the Los Angeles-based Clarity singer has gathered a top-notch batch of close friends to help her out for the occasion, including DJs Alex Chapman, Mazurbate, and Ty Sunderland. If that wasn't enough, RuPaul's Drag Race season 10 winner Aquaria will serve as the night's official mistress of ceremonies.

Speaking to NYLON about the event, Petras said, "I couldn't have picked a better cast for my 'Malibu' release party. The lineup includes three of my best friends whose sets I love — Matthew (Mazurbate), Ty (Sunderland), and Alex (Chapman). And it's hosted by my all-time favorite queen of drag Aquaria." It's a sentiment that's shared by Chapman, who spent several months touring with the pop star as her official opening DJ and is excited to recapture some of that energy, even if it's only through a Zoom stream. "Kim’s fans have the greatest energy, so I’m excited we’ve found a way to party with them and celebrate the release of the song. I think it is one of her best, so I can’t wait to see everyone’s reaction to it," he told NYLON.

Petras also expressed her excitement about the song's long-awaited release, saying, "This song is really special to me and I'm excited to share that moment with my friends and fans."

So throw on your cutest bikini, grab a piña colada, and let's head to Malibu.

Check out the flyer for the special event below.