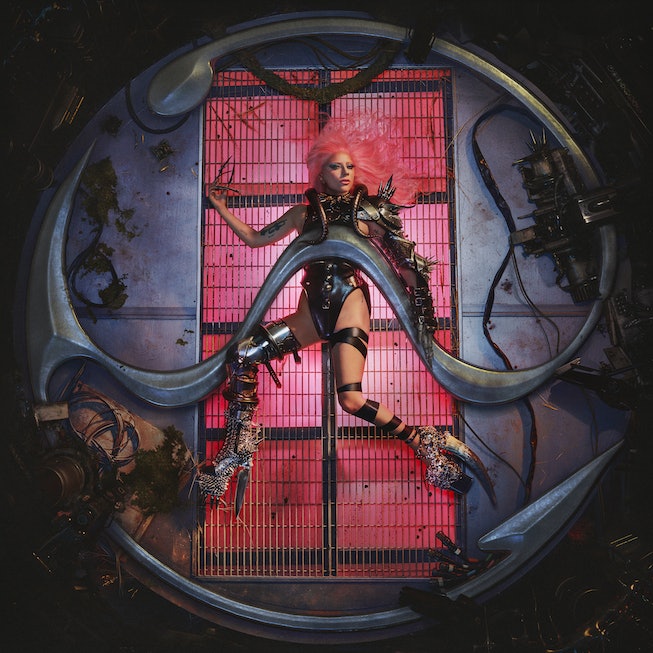 It seems like forever since we first got wind of the (leaked) chords of "Stupid Love," Lady Gaga's first new taste of music since her 2018 appearance in A Star Is Born, and her first new solo pop track since the 2016 release of Joanne. In the meantime, the Oscar winner has set a release date and then postponed it indefinitely, the world has gone on full lockdown due to an ongoing pandemic, and Kobe Bryant has died. It's clear, now more than ever, that we are in desperate need of the musician's addicting, forward-thinking pop, but for a long time, we had no real idea when we would finally get it. That all changes today, however, now that Lady Gaga has shared the final release date of her sixth studio album Chromatica.

After rumors of potential release dates (and several more leaked snippets), the artist born Stefani Joanne Angelina Germanotta has finally revealed that Chromatica will see the light of day on the last Friday of this month, May 29th. That's exactly three months after she officially released "Stupid Love" and more than three and a half years since her last solo studio album, Joanne.

In addition to "Stupid Love," Chromatica, which was executive produced by Gaga herself alongside frequent collaborator BloodPop, includes collaborations with fellow Italian pop star Ariana Grande ("Rain On Me"), top-selling K-pop group BLACKPINK ("Sour Candy"), and fellow Oscar winner Elton John ("Sine From Above"). Filling out the rest of the 16-song tracklist are several other cheekily-titled songs like "Plastic Doll," "911," "1000 Doves," and "Babylon" (a play on words for "babble on.")

Two months ago, the pop star appeared on the cover of PAPER Magazine, where, amongst other things, she discussed how her new music was made in an effort to "dance through the pain" that resulted from her fibromyalgia. In the accompanying story, writer Justin Moran described Chromatica, "her most focused, consistent album to date," as "firmly rooted in classic house, with crisp, clubby dance breaks that all sound like they're competing with each other to be the biggest on the tracklist." He also referred to the new album as being full of "explosive anthems that brim with euphoric synth-pop climaxes" that listeners will be able to "weep to...just as much as you can sweat to them."

So, yes, it will be the album that saves quarantine. See you in a few weeks!

Check out Gaga's tweet announcing the new (and hopefully final) release date below.