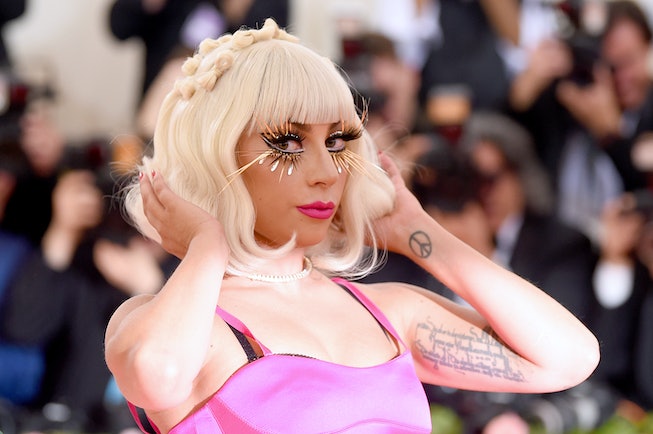 The VMAs this year will be one to watch for many reasons. First and foremost, it's a pop culture award show taking place during a raging pandemic, so that's something you don't see everyday. Secondly, it's hosted by actress and breezy comedy queen Keke Palmer. Just in case you need more incentive to tune in, the one and only Mother Monster herself, Lady Gaga, will be performing. Our paws are firmly up.

Lady Gaga will join the slew of previously announced artists including BTS, Doja Cat, J Balvin, The Weeknd, Roddy Ricch, Maluma and CNCO. Her summertime spectacular Chromatica Ball may have been canceled due to COVID-19 safety concerns, but now the pop diva can bring the intergalactic world of Chromatica to life for Little Monsters worldwide.

The singer hasn't even taken the stage yet and she's already dominated the award show with a whopping nine nominations. Her explosive Chromatica single with Ariana Grande "Rain On Me" garnered nominations for Video of the Year, Song of the Year, Best Collaboration, Best Pop, Best Cinematography Bets Visual Effects, and Best Choreography. And in non-Chromatica nominations, Lady Gaga is also up for the win in the new VMA category Best Quarantine Performance for "Smile" from One World: Together at Home.