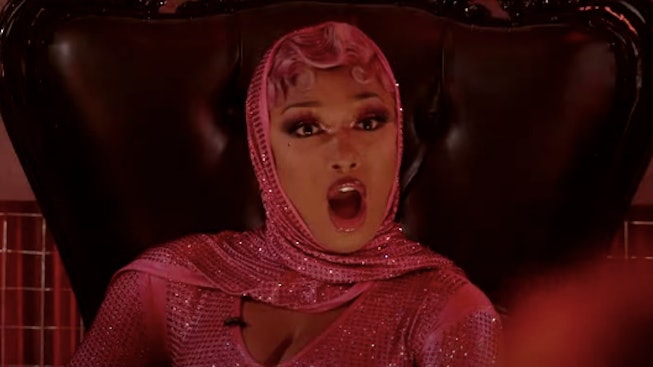 "Let the ball begin," says an ominous voice in the new trailer for Legendary, HBO Max's upcoming reality competition show about eight ballroom "houses" duking it out for the chance to win a grand prize of $100,000.

Following in the footsteps of seminal documentaries Paris Is Burning and Viceland's My House — and, to a certain extent, Ryan Murphy's fictional drama Pose — Legendary taps into ballroom culture in a way few productions have before it. Along with the eight competing houses, Legendary features a judges panel that includes Leiomy Maldonado (known professionally as the Wonder Woman of Vogue), rapper Megan Thee Stallion, stylist Law Roach, and The Good Place actress Jameela Jamil, who received backlash earlier this year after being falsely referred to as the show's MC. (That backlash pushed her to come out as queer shortly thereafter.) The show's actual MC is ballroom icon Dashaun Wesley, who helped create the series, while the show's music is provided by head of the Qween Beat Collective, DJ MikeQ.

Having seen the series' first two episodes, I'm pleased to report that, in spite of its rather interesting panel of judges, Legendary is still an exciting addition to the reality competition genre. With beautiful costumes, jaw-dropping performances, and some no-holds-barred critiques, the show is expectedly showy, but still leaves enough room to place a firm focus on how these houses actually double as close-knit chosen family units. It's an inspiring bit of reality fare that is just as entertainingly dramatic (the members of these houses know how to read and throw shade like no other) as it is heartwarming. As one contestant says in the show's trailer, "You're taking what people hate about you and putting it in their faces. It's empowering."

Check out the Legendary trailer below and get ready to vogue the house down when it premieres on May 27th.