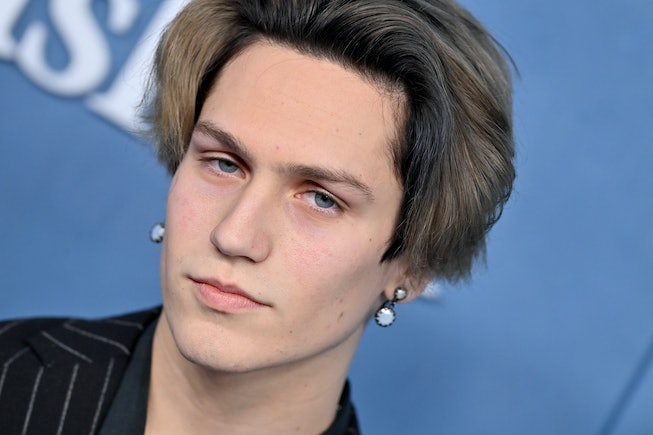 Chase Hudson (aka Lil Huddy) has released a new song, “All The Things I Hate About You,” and it’s a breakup anthem for the TikTok era.

Gone are the days of mysterious ballads and vague lyrics about a former flame. In the age of putting all your business online, listeners expect a little more detail and a lot more drama. Hudson’s take on the musical voyeurism we’ve grown accustomed to is just that — a not-so-subtle nod to his ex-girlfriend, Charli D’Amelio

Though Hudson has not confirmed exactly who “All The Things I Hate About You,” is about, the lyrics are crystal clear. In the first verse, he accuses his ex of deceiving the public. “You’ve got everybody fooled / I got you figured out,” he sings. “Now you’re choking on your words, well, you should spit it out.” Shortly after their breakup, D’Amelio announced that Hudson was unfaithful. The singer later admitted to kissing Nessa Barrett, another TikTok star, but insists it was after he and D’Amelio broke up. The confession sparked even more drama and caused a major divide in their fanbase, with many criticizing Hudson for his actions. As the saying goes, there are two sides to every story, and “All The Thing’s I Hate About You,” is Hudson’s. To end the verse, he addresses his ex directly, singing, “Know that I gave you the world/ And you just gave me hell.”

If the first verse was not convincing enough, the pre-chorus hint’s even further at the track being about D’Amelio. “I watched you make it public,” Hudson sings, “Light’s camera, f*ck it.” The TikTok couples’ relationship took place as D’Amelio’s career took off. Their romance was even featured on the D’Amelio’s reality show, which followed Charli and her sister, Dixie’s, rise to fame.

Though the entire song is filled with clues pointing to D’Amelio, the track's firey chorus immediately caught everyone's attention. In it, he calls his ex a “showstopper,” before unleashing more insults, including, “bad liar,” “homie-hopper,” and “drama-starter.” The “homie-hopper” accusation seems to be about D’Amelio’s new romance with Landon Barker (aka Travis Barker’s son), who used to be friends with Hudson.

D’Amelio and Barker both appear to be unbothered by the accusatory track. The couple released matching Instagram stories on July 23rd, with Barker writing, “If you can’t treat her right I’ll treat her right for you,” and D’Amelio posting the lyrics to “Baby Shark.” From the looks of things, It doesn’t seem like Hudson’s ready to back down just yet. He has not commented on their response but is continuing to promote the track online.

The rest of the song reads like a dramatic diary entry, with Hudson calling D’Amelio “so fake,” before claiming she manipulated him and left “with no explanation.” “Every word is true,” he insists, “all the things I hate about you.” Barker is not exempt from Hudson’s wrath either and is labeled a “bum-star,” before Hudson sings, “Bootleg version of me, that’s your loss/ Had to find out through a photo / Hangin’ off your arm like a knockoff.”

“All the Things I Hate About You,” wraps up with another passionate message directed at his ex. “You won’t break me again and say it’s all in my head / Holding his hand in that dress from the night you left,” he sings, “I’m so sick of the pain, I’ll never see you the same / Guess that’s the price you pay for the mess you made.”