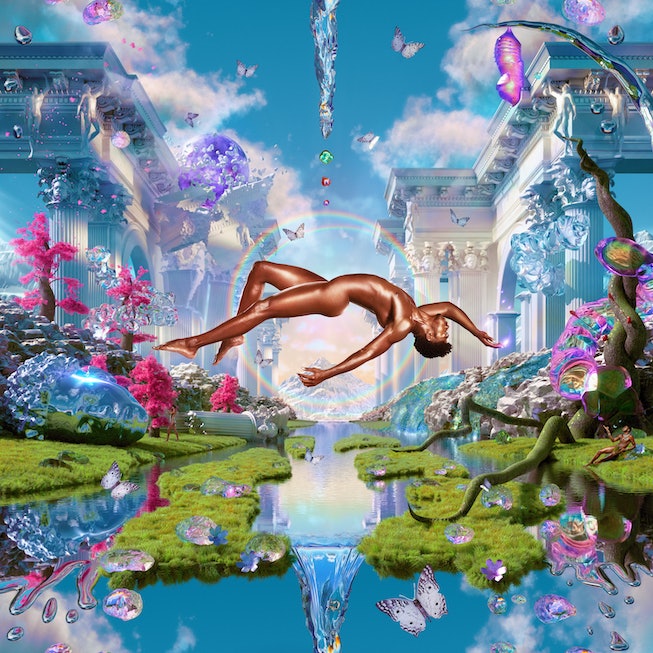 Before Lil Nas X was Lil Nas X, he was (and still is) Montero Lamar Hall, an internet-raised, Nicki Minaj-worshipping, meme-posting, closeted gay teen who grew up in a small town outside Atlanta, Georgia. Outside of interviews and cover stories, it’s a past that the pop star has generally opted not to speak too much about, even trying to cover some of it up — until now. A string of songs from his long-awaited debut album Montero dive into his past and pre-fame life for the first time, giving the world a glimpse of who the man under the cowboy hat really is — and who he wants to be.

In the three years since he accidentally shot to fame with the viral “Old Town Road,” X has established himself as pop’s pre-eminent troll, a star with such internet meme literacy he seemed to use his jokes as a shield. When Billboard removed “Old Town Road” from the country charts — and sparked a heated debate about the obsoleteness of genre — X retaliated by releasing a remix with Billy Ray Cyrus. When conservatives were up in arms about his “satan shoes,” he used their anger and outrage to fuel the marketing narrative for his subsequent single, “Industry Baby.” It would’ve been natural to expect Montero to be just as cleverly barbed and impervious to outsider criticism. But X is but a human, and on Montero, he reveals that the journey hasn’t been all what it’s seemed, opening up about his highest highs and lowest lows as he sings about feeling suicidal, his depression, and a troubled coming out journey.

On songs “DEAD RIGHT NOW” and “VOID,” X sings bluntly about his complicated relationship with his parents and admits, “I feel like I've hit a low/ One I've never hit before,” on the latter. But perhaps the most intimate, emotional track of the album is “SUN GOES DOWN,” the overlooked third single and a delicate, bright ballad. It goes the deepest into his pre-fame life as he opens up about being bullied growing up and finding refuge on the internet — before turning it a veritable hopeful anthem for gay teens who might also find themselves in similar situations. “I named the song ‘sun goes down’ because i feel like at night is when those thoughts you try to avoid really start to hit and you can’t escape them,” X explained of the track in a tweet.

“Since ten, I been feelin' lonely/ Had friends, but they was pickin' on me/ Always thinkin', Why my lips so big?/ Was I too dark? Can they sense my fears?/ These gay thoughts would always haunt me/ I prayed God would take it from me/ It's hard for you when you're fightin'/ And nobody knows it when you're silent,” X sings on the first verse, painting a portrait of a troubled childhood, and his struggle coming to terms with his sexual identity.

It’s an intimate look into the early days of his coming out journey, which he finally completed in 2019, first to his sister, brother, his parents and then the world, per the New York Times. (He made the decision after playing a Pride concert at Glastonbury festival in the U.K. — “People were waving their pride flags, and it was just so much excitement; I was like, Oh, my God, this is it,” he told the Times.)

Notably, the track is also a rare instance in which he directly addresses his online past running a Nicki Minaj fan account called @nasmaraj on Twitter, which he initially denied involvement with until 2020, when he owned up to it in a string of tweets. “I didn’t want people to know i was gay tbh,” he tweeted. “People will assume if you had an entire fan page dedicated to nicki u are gay,” he added. “And the rap/music industry ain’t exactly built or accepting of gay men yet.”

Ultimately, however, the searing heart of “Sun Goes Down” comes in the song’s chorus as he tells his younger self — and in turn, the innumerable other gay kids listening to the song — “I know that you want to cry/ But there's much more to life than dying/ Over your past mistakes (Oh)/ And people who threw dirt on your name.” In one fell swoop, the core of Montero — and his role as a pop star — becomes clear: He may just be one person, and the music industry is still not built for gay men, but he’s already laying down the bricks for an industry that just might be in the future.