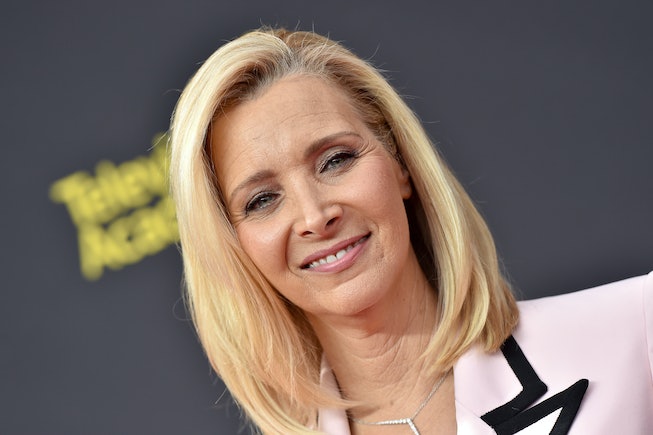 All six actors from the main cast of Friends have seen their careers flourish in the years since it went off air, so it only makes sense that each one of them would feel very defensive about its legacy. While the sitcom is still considered one of the most popular series of all time (never forget when Netflix paid a whopping $100 million to keep the show on its service for another year), it has also experienced its fair share of contemporary criticism — most notably about its lily-white principal cast, despite its central setting of metropolitan New York. This drama has plagued the show's afterlife for years, and now, Lisa Kudrow, who starred as the bohemian Phoebe Buffay, is speaking out. In her own opinion, the series was simply a product of its time.

Speaking to The Sunday Times in an interview about her upcoming sitcom Space Force, Kudrow opened up about her present-day thoughts on the controversy that has surrounded Friends for the last decade and a half. “Oh, it’d be completely different. It would not be an all-white cast, for sure,” she told the British newspaper about what the show would like in modern times. “I’m not sure what else, but to me, it should be looked at as a time capsule, not for what they did wrong.”

The Golden Globe-nominated actress even went as far as suggesting that the show was doing more than it had to at the time, citing the show's at-then novel handling of LGBTQ+ issues and child-rearing. “Also, this show thought it was very progressive. There was a guy whose wife discovered she was gay and pregnant, and they raised the child together? We had surrogacy, too. It was, at the time, progressive,” she told them.

Kudrow's comments come in the wake of similar ones made by David Schwimmer. Earlier this year, the actor who played Dr. Ross Geller came under fire after suggesting that, in an effort to right the show's past wrongs, there should now be "an all-black Friends or an all-Asian Friends." Almost immediately, people jumped to point out that Living Single, an "all-black Friends" that actually predated (and, most likely, inspired) its namesake, was the original blueprint for this setup. Like Kudrow, Schwimmer also believed the show should be commended for being progressive for its era, pointing out how he, specifically, advocated for his Ross character to date women of color: “One of the first girlfriends I had on the show was an Asian-American woman, and later I dated African-American women. That was a very conscious push on my part.”

Conscious or not, let's hope both Kudrow and Schwimmer are pushed more on these issues of diversity whenever the long-awaited Friends reunion special is finally ready for its HBO Max debut.