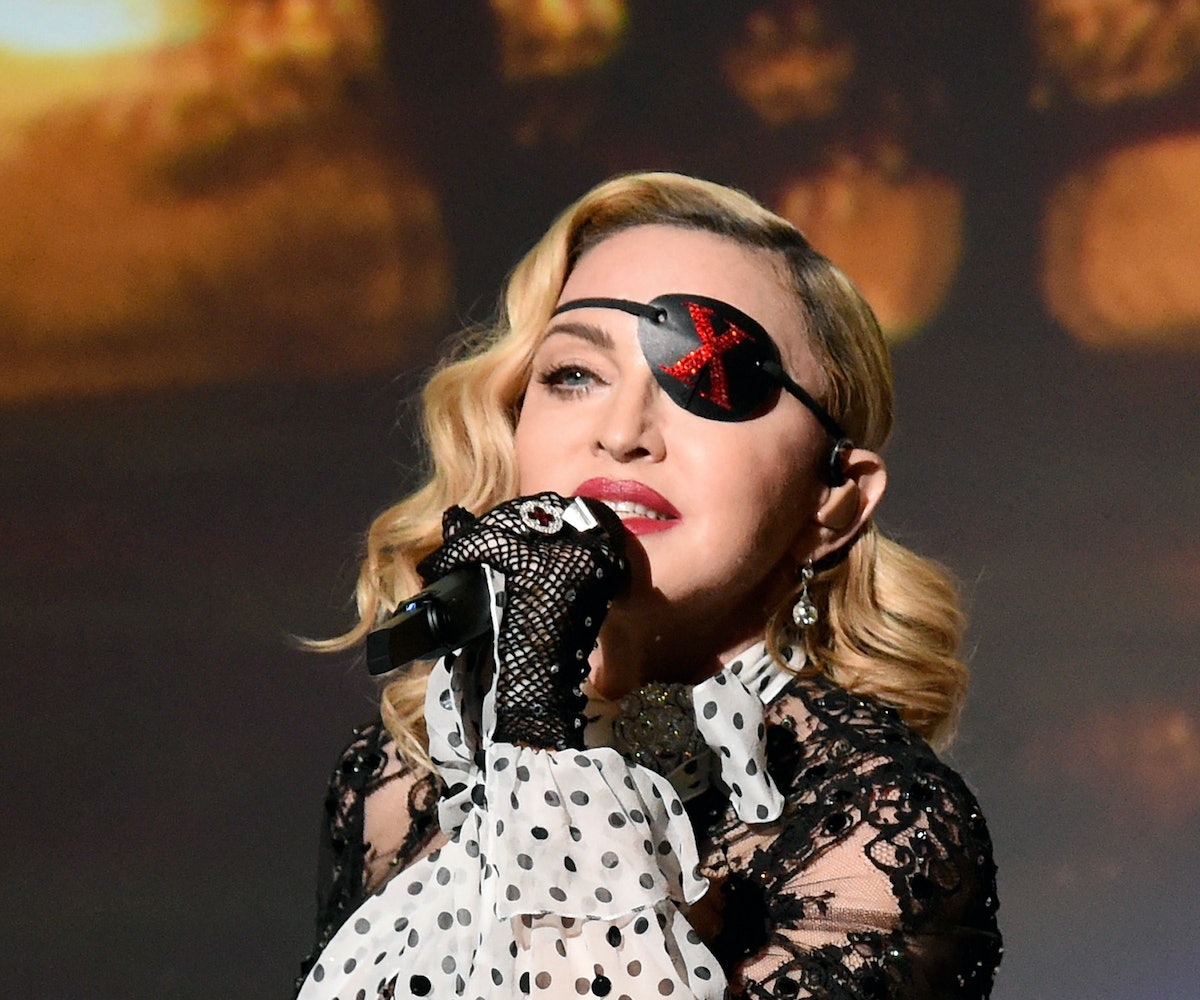 The age-old adage says: If you want something done right, you've got to do it yourself. It explains why Madonna has officially signed up to not only write her own upcoming biopic, but direct it herself, as well.

Currently in development with Universal Pictures, the still-untitled project will be co-written alongside Hollywood mainstay Diablo Cody, who won an Oscar in 2008 for her Juno screenplay. Rumors have been swirling about this team-up for a while. Earlier this month, Madonna posted a video on Instagram showing herself sitting next to Cody as she flipped through a copy of her controversial SEX book while reading its intro aloud.

“I want to convey the incredible journey that life has taken me on as an artist, a musician, a dancer – a human being, trying to make her way in this world," Madonna writes in a statement about the upcoming film posted to her official website. "The focus of this film will always be music. Music has kept me going and art has kept me alive. There are so many untold and inspiring stories and who better to tell it than me. It’s essential to share the roller coaster ride of my life with my voice and vision.”

Production duties have been handed over to Amy Pascal who has known Madonna since the early 1990s when the two worked together on the beloved classic A League of Their Own — a film that nabbed Madonna her second Golden Globe nomination for Best Original Song. “This movie is an absolute labor of love for me,” Amy Pascal said in a statement. “I can’t imagine anything more thrilling than collaborating with her and Diablo on bringing her true-life story to the big screen with Donna [Langley, Chairman, Universal Filmed Entertainment Group] and our partners at Universal.”

For now, there is no official word on who we can expect to portray the pop star on the silver screen, though there have certainly been rumors. Late last month, Madonna spontaneously followed Julia Garner on Instagram, prompting speculation that the 2019 Emmy winner was up for the role of Miss Blonde Ambition herself. Ditto for Oscar nominee Florence Pugh, who the singer also followed recently. Other names currently being thrown around include The Girlfriend Experience's Riley Keough (who will next be seen in Netflix's The Devil All The Time, before appearing alongside Taylour Paige in the hotly-anticipated Zola) and Haley Bennett, who stunned audiences in this year's Swallow.

In the end, it might just come down to who feels most comfortable sporting a cone-bra!