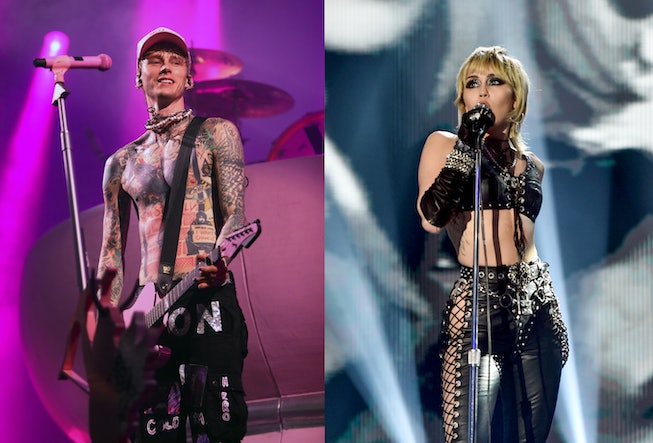 The Grammy Awards are around the corner and they’re already off to a rocky start. The Recording Academy released its list of nominations for the 2022 ceremony, and though many wonderful artists were recognized, as always, others were snubbed. Amongst the forgotten were Miley Cyrus and Machine Gun Kelly, and based on their reactions it’s safe to say neither are too happy about it.

On Twitter, Machine Gun Kelly wrote, “wtf is going on with the Grammys.” This year he released his first solo-album Tickets To My Downfall, which was wildly successful. The pop-punk record was a bold departure from his previous rap sound, but his fans still loved it. It has over a hundred million streams on Spotify, ranked #1 on the Billboard 200 Chart, and has been recognized throughout the year as a break-out album for the singer. Despite its success, Tickets To My Downfall was not nominated for any Grammy categories this year.

Unfortunately this is not a new occurrence for MGK, as he has never received a Grammy nomination. He did, however, just win an American Music Award for Favorite Rock Artist. Unlike the Grammys, which are determined by a board of critics, the AMAs are voted for by fans.

To that point, the pop-punk star also tweeted, “winning a fan voted award >>>.” Though MGK is understandably disappointed, he is not alone. Miley Cyrus, who also released her first pop-rock album Plastic Hearts this year, was also snubbed by the academy.

After seeing the nominations list, Cyrus tweeted a list of 30 recording artists who were never awarded a Grammy and wrote, “in good company.” Plastic Hearts, like MGK’s album, was also a hit record. This year the singer departed from her pop roots to explore rock music, and reinvigorated her fanbase by doing so. Her album received critical acclaim from Rolling Stone and landed a spot on Billboard’s “Top Rock Albums” chart. Though Plastic Hearts is not being considered for any Grammy awards this year, Miley has been nominated once in the past for her 2014 album Bangerz.

This year the Grammys will take place on January 31st at the Staples Center in Los Angeles. As usual the award-show will be live streamed for fans to watch at home. Singers Billie Eilish, Doja Cat, Justin Bieber, Olivia Rodrigo, J. Cole, and Jon Batiste have the most nominations across 84 categories. Stay tuned for updates!