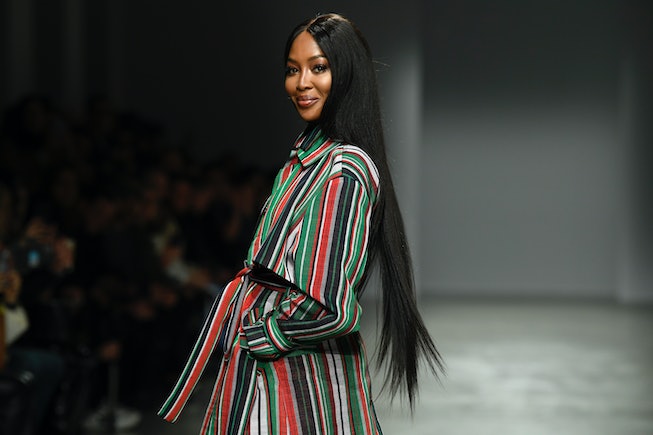 Hours before in-person voting begins in the 2020 presidential election, and Naomi Campbell has made her feelings on President Donald Trump known. On November 1, Campbell shared her rap for the #45LIES campaign, a social media movement that invites participants to create a 45-second rap that calls out Trump for lying.

Campbell began her rap by questioning Trump's decision to call Democratic Vice Presidential nominee Kamala Harris a monster. "How you gonna call HER a monster/ Is that a MAGA tactic? You afraid of Kamala’s blackness? Attack what you fear/Black woman," she wrote.

Her second verse commends Harris for her many achievements, with Campbell writing, "Backbone of the party that’s winning this year / Yeah her make-up’s better than yours / She’s not a monster/ she’s a Nikki verse / doctor of the la /She’s a district attorney Attorney General Senate judiciary / She can spot a criminal Does that hit a soft spot 45?"

Campbell tagged additional celebrities to participate, inviting Megan Thee Stallion, Lauryn Hill, and Missy Elliott. And while she's noted based in the United States, thus not giving her a vote in the election, she has continued to encourage her followers to get out and vote.

The supermodel isn't the only one using her platform as a means of speaking on political issues. In the past, other celebs including Beyoncé, Kacey Musgraves, Rihanna, Lady Gaga and Demi Lovato have spoken out against Trump. Additionally, Lady Gaga was also expected to appear at a campaign rally in support of Joe Biden and Harris on Monday, November 2.