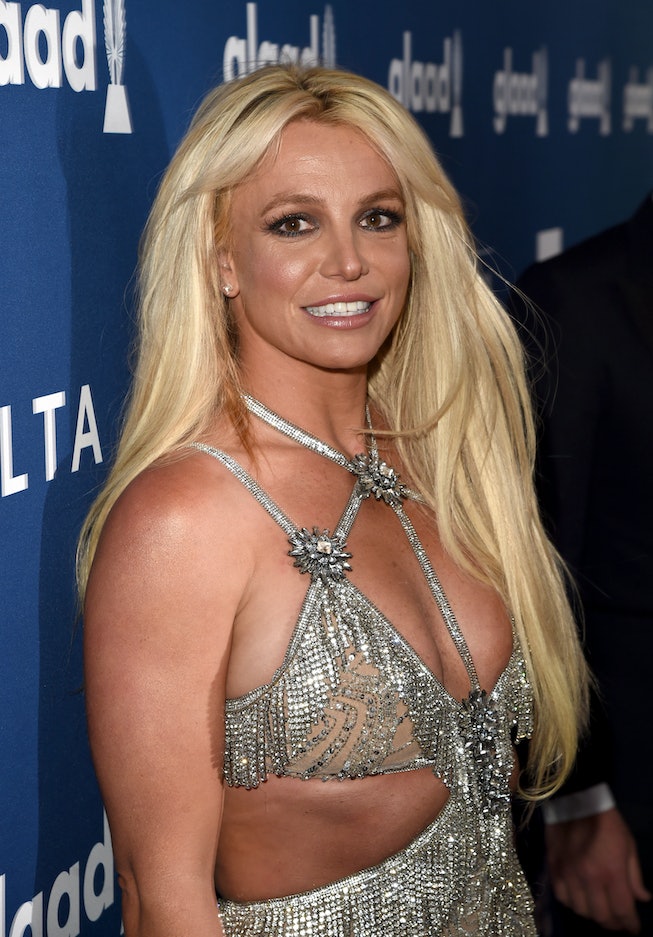 Netflix is entering the increasingly crowded Britney Spears documentary landscape. On Tuesday, the streaming giant dropped a teaser for a trailer for a new film about the pop star’s 13-year long battle to end her conservatorship, which she has called abusive.

There is then the familiar, twangy voice of Spears crackling through a phone, as she says, “Hi, my name is Britney Spears, I called you earlier. I’m calling again because I just wanted to make sure that during the process of eliminating the conservatorship...”

Now, Netflix has released the full trailer for Britney Vs. Spears, exactly a week before the date of her next hearing, when the documentary will drop, Variety reports. In the new trailer, Britney’s voice is heard again, as audio from her June 23 testimony at the Los Angeles Superior Courthouse plays. “I’ve worked my whole life,” Spears’ voice says in the trailer. “I don’t owe these people anything.”

The ostensibly leaked voicemail from the first teaser seems to serve as proof that Spears has been seeking to end the conservatorship that her father, Jamie Spears, only recently agreed to step down from earlier this month, since at least 2009. The documentary is directed by Erin Lee Carr (the daughter of the late David Carr, and director of How To Fix A Drug Scandal), and has been in the works for more than a year, Variety reports. The doc will reportedly center around Spears’s conservatorship and include key figures in her life; however, it’s unlikely that Spears will be involved in the project, given how infrequently she interacts directly with the media.

Though audiences seem to be hungry for content surrounding Spears and her unusual legal situation, the news of the Netflix doc has already been met with criticism that films about Britney’s exploitation only further capitalize on her struggles. The same was said of Hulu’s Framing Britney Spears, which was distributed in February in collaboration with FX as part of The New York Times Presents series — and catapulted Spears’s case back into the national spotlight and sparked a bigger conversation about conservatorships that is still ongoing.

The Netflix documentary was reportedly in the works before Framing Britney Spears came out, and Variety hints it may be released on September 29 to coincide with Spears’s next big court date.

In March, Spears, who is presumably not allowed to speak to the media under the restrictions of her conservatorship, addressed the New York Times documentary. She wrote in a now-deleted Instagram post that she was “embarrassed by the light they put me in” and that she “cried for two weeks.”

“My life has always been very speculated ... watched ... and judged really my whole life !!!” she stated at the beginning of the post, which included a video of her dancing to Aerosmith’s “Crazy.” She said she’s been “exposed my whole life” through performing for people, and that she’s always been “so judged... insulted... and embarrassed by the media... and I still am till this day.”

She added, “I didn't watch the documentary but from what I did see of it I was embarrassed by the light they put me in ... I cried for two weeks and well .... I still cry sometimes !!!!” She then noted she does what she can to “keep my own joy” and that she’s “not here to be perfect ... perfect is boring ... I’m here to pass on kindness !!!!”

NEXT UP
Culture
Succession Season 4 Trailer Explodes With Family Drama
Culture
Phoebe Dynevor Will Not Return for Bridgerton Season 3
Culture
Scream 6 Trailer Brings The Nightmare To New York
Culture
The Biggest Revelations From The Price Of Glee Docuseries
Style + Culture, delivered straight to your inbox.