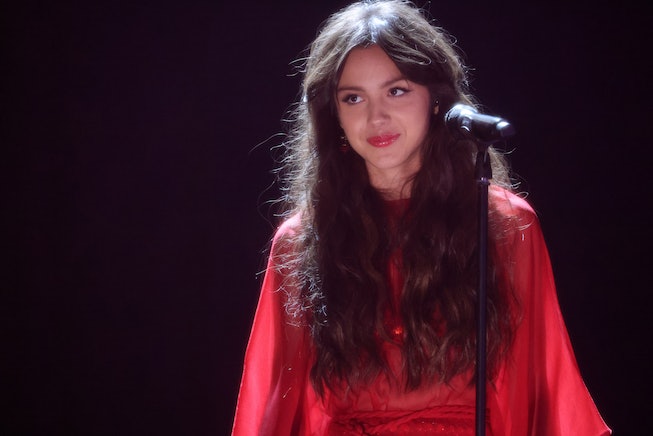 It seems pop singer and Chanel-wearing White House visitor Olivia Rodrigo has moved on from her co-star — and rumored inspiration for her debut album SOUR — Joshua Bassett. Reportedly, the 18-year-old Rodrigo’s boyfriend is a 24-year-old named Adam Faze. The couple was recently spotted out and about, sparking a conversation about the age appropriateness of their relationship on social media.

Here’s everything we know about the singers new beau:

Who is Olivia Rodrigo’s boyfriend?

Faze seems to be a jack of all trades. Though he’s mostly cited as a Hollywood producer, his IMDB also lists directing and writing credits. Most notably, he runs the production company Must Be Nice with Jamie Dolan. Together they make and distribute podcasts. Their most popular installment is called Day by Day and was created during the COVID-19 lockdown.

According to Elle, Faze has worked in media for quite a while. He wrote for Forbes Magazine in 2017, where he described himself as a “twenty-year-old storyteller and creative entrepreneur focused on one thing and one thing only: the future of entertainment.”

Though he does dabble in various mediums, podcasting appears to be his favorite. Haze launched his career by hosting a podcast called A Leg Up, where he interviewed rising stars in LA.

How did Rodrigo and Faze meet?

According to an “inside source” who spoke to E! News, the duo met months ago through industry friends.

Is the relationship official?

Rodrigo confirmed their romance at the Space Jam 2 premiere. The same source who revealed their meet-cute, said Rodrigo introduced Faze as her boyfriend. She also reported that the couple appeared to be “really cute, but not too overly touchy.”

“The two of them together felt comfortable and newish,” she said, “and it seemed like he also knew a lot of people there.”

Have they said anything publicly?

Neither Rodrigo or Haze — whose Instagram is private — have posted anything about their relationship. However, they were seen looking extra cozy recently, while leaning against someone’s Audi. So it appears he’s here to stay...at least for a little while.