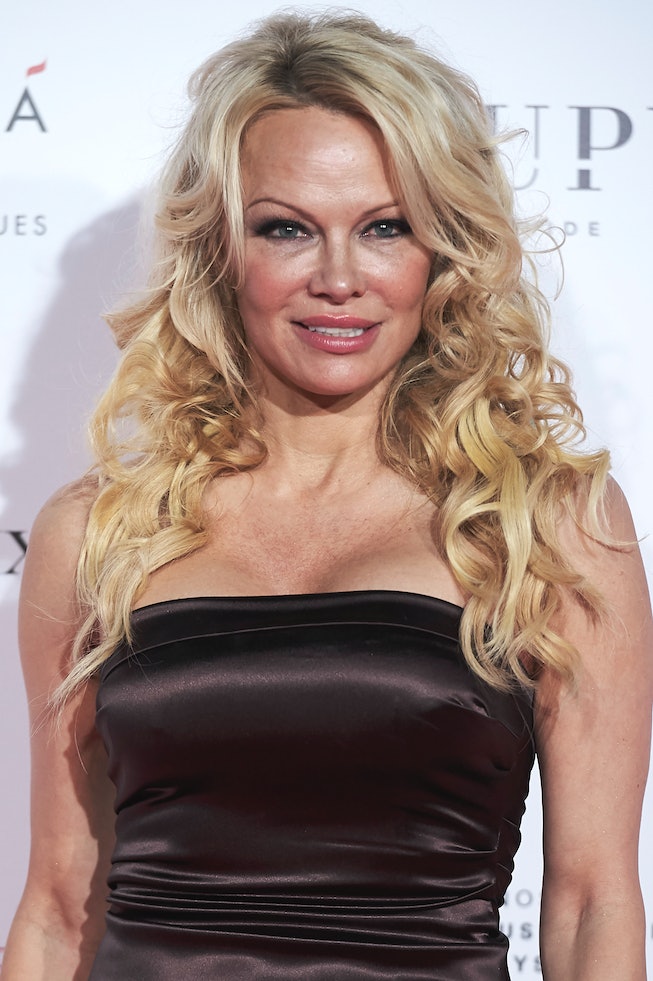 Over the past several weeks, as Hulu has aired its buzzy Pamela Anderson x Tommy Lee docudrama Pam & Tommy, even the most effusive critical supporters have often expressed a sense of general discomfort when it’s come to one essential fact about the show. Despite doing its best work to humanize its central female subject — much like Ryan Murphy’s The People vs. O.J. did for Marcia Clark or last year’s Impeachment did for Monica Lewinsky — many have questioned whether the miniseries should exist at all, given that Pamela Anderson has never supported its creation.

It’s easy to understand why Anderson would be reticent to help someone else tell the story of one of her most traumatic experiences (the public leaking of her sex tape with then-husband Tommy Lee), but by the looks of it, the needs-no-introduction superstar isn’t totally against the idea of revisiting her past. Apparently, she just wanted to do it in her own way — and now, thanks to Netflix, the Baywatch star and frequent Playboy centerfold is finally getting the chance to do.

“Pamela is ready to tell her story in a new documentary,” Netflix executives wrote in a tweet posted to their official Twitter account this afternoon. Revealing that the film has already been in the works for several years, Netflix noted that it would feature “the pop culture icon setting the record straight as she looks back on her professional path and her personal journey.”

The exciting announcement also came with a handwritten note from Anderson. “My life: A thousand imperfections, a million misperceptions,” the actress began, writing on official Netflix letterhead. “Wicked, wild, and lost. Nothing to live up to — I can only surprise you.”

Before signing off, she added, “Not a victim, but a survivor, and alive to tell the real story.”

For now, there is no other information about what we can expect from the upcoming documentary. (We don’t even have a real title yet, so there’s definitely no confirmed release date.) But with Hulu preparing to air the eighth and final episode of Pam & Tommy next week, we can safely bet that Netflix will be gearing up to release its own rival programming soon thereafter. A premiere later this year seems likely.

NEXT UP
Culture
Netflix Is Seriously Cracking Down On Sharing Passwords
Culture
Phoebe Dynevor Will Not Return for Bridgerton Season 3
Culture
Succession Season 4 Trailer Explodes With Family Drama
Beauty
No One Does #PamCore Beauty Better Than Pamela Anderson, Herself
Style + Culture, delivered straight to your inbox.