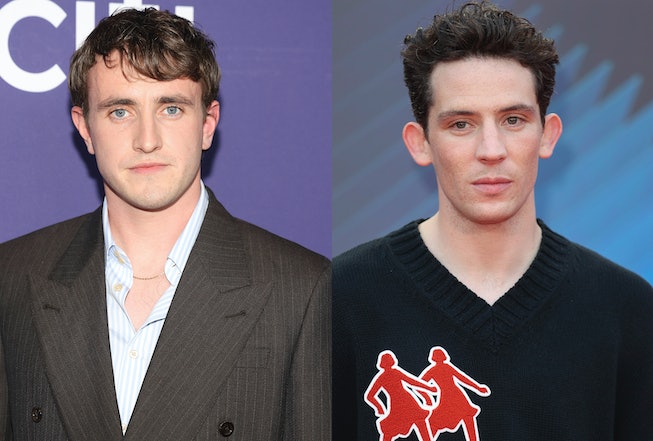 What happens when two of the moment’s buzziest young actors join forces for what’s sure to be a very steamy affair? Well, we will certainly find out soon, as recent Emmy nominee Paul Mescal and even more recent Emmy winner Josh O’Connor will star opposite each other in The History of Sound, a WWI gay romance based on the award-winning short story of the same name.

Adapted by the Pushcart Prize-winning short story’s author Ben Shattuck, The History of Sound will be directed by Moffie’s Oliver Hermanus, who notably won the Queer Palm at Cannes 2011 for his sophomore feature Beauty. Mescal and O’Connor will respectively play Lionel and David, two young men who “set out to record the lives, voices, and music of their countrymen” during the First World War. “In this snatched, short-lived moment in their young lives, and while discovering the epic sweep of the U.S., both men are deeply changed,” reads an official logline.

The film will be arriving with a ton of buzz thanks to the rapidly rising celebrity of central stars O’Connor and Mescal. After launching into the stratosphere with Hulu’s watershed Sally Rooney adaptation Normal People (which won him a BAFTA Award), Mescal has been on a whirlwind run. Later this year, the Irish actor will appear alongside Olivia Colman in Maggie Gyllenhaal’s directorial debut The Lost Daughter; after that, you can see him in a modern-day reimagining of Carmen and in projects like Foe, the next film from Lion director Garth Davis.

O’Connor has been faring similarly. Though he’s been working in the business for close to a decade, the last few years have been especially fruitful due to his star-making appearances in Hope Gap, Emma., and The Crown — the latter which won the 31-year-old British actor his first Emmy and Golden Globe. Moreover, The History of Sound won’t be O’Connor’s first prestige gay romance. In fact, many would claim that his true “breakout” was in Francis Lee’s critically-acclaimed God’s Own Country, where he played an emotionally volatile, alcoholic farmer who gradually opens himself up to love thanks to the gentle advances of a hired farmhand played by the smoldering Alec Secareanu. That film got O’Connor a sizable amount of industry attention and recognition, including an award for Best Actor at the British Independent Film Awards.

Hermanus seems to be aware of this element too, saying in a statement, “Paul and Josh are two of the most promising actors of their generation who will share with us deeply soulful performances.” Describing this “undeniably powerful” film as an “unexpected love story that needs to be told,” the director promised “a journey through the life of America, across the 20th century and the traditions of American folk music, all seen through the bond between two men immersed in the history of sound.” The film “will certainly resonate with audiences the world over.”

Though there are no official dates set for the upcoming project, production has confirmed that principal photography will commence across the U.S., the UK, and Italy next summer, so a 2023 release isn’t too far out of the question. In the meantime, you can stream God’s Own Country on Hulu.