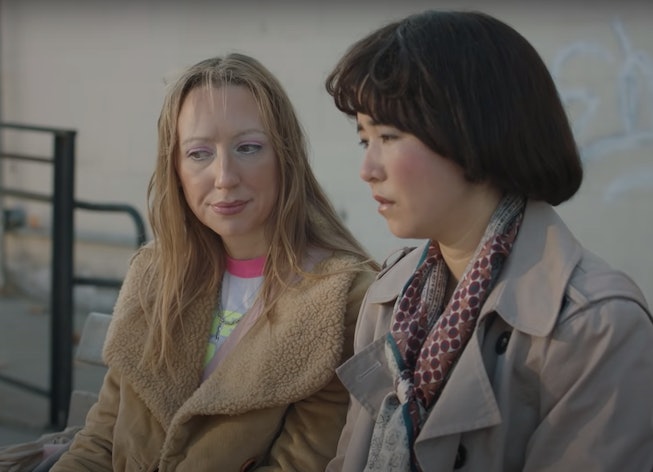 It’s been over a year since Hulu premiered Pen15’s second season, an even bigger critical hit than its breakout first season. Since then, the series has quadrupled its roster of Emmy nominations (securing three new ones in 2021, including one for Outstanding Comedy Series), and switched up its formula by dropping a special animated episode. With the announcement that the 2020 batch of episodes was only the “first part” of a season that had been split in half, we always knew more Pen15 was on the way. But as time went by with no word on when we could expect the alleged additional installments, it slowly began to feel like the day may not ever come.

Well, fear not, for that has all changed now. Today, Hulu announced an official release date for part two of Pen15’s second season, revealing that new episodes will be hitting the streaming service in exactly a month, on Friday, December 3rd. And to celebrate its impending premiere, Hulu has also blessed our starved-for-cringe-comedy eyes with a delightful trailer.

In the new trailer, things are getting real for our favorite awkward prepubescents — so much so, in fact, that the pair agree to run away from home to escape it all. Anna is still struggling to adjust to her parents’ recent divorce, especially since she’s now forced to split her time between two houses. And when someone close to her passes away, she’s pushed to confront feelings of grief she maybe hadn’t ever had to before. Things aren’t much better for Maya either, whose mother thinks she’s too immature for a cellphone (unlike her brother). And when her cousin joins her at her school, the pair are soon both being subjected to racist micro-aggressions, with snickering middle-schoolers insensitively asking if they speak Japanese.

But as it’s always been, Pen15 is ultimately a show about the bond that exists between both girls. So despite their respective problems, we still see the pair being there for one another, whether they’re just in need of a friendly hug or an honest opinion on the state of their pre-makeout breath. (“I’m sorry. It’s not good,” Maya chortles after getting a whiff of Anna’s.) At least that’s what exists until their friendship is put to the test when Anna gets a (very tall) boyfriend. “It’s been you guys hanging out a lot,” Maya bemoans. “I don’t want to be a third wheel.”

Check out the trailer for part two of Pen15’s second season below.

New episodes of Pen15 premiere on Hulu this December 3.