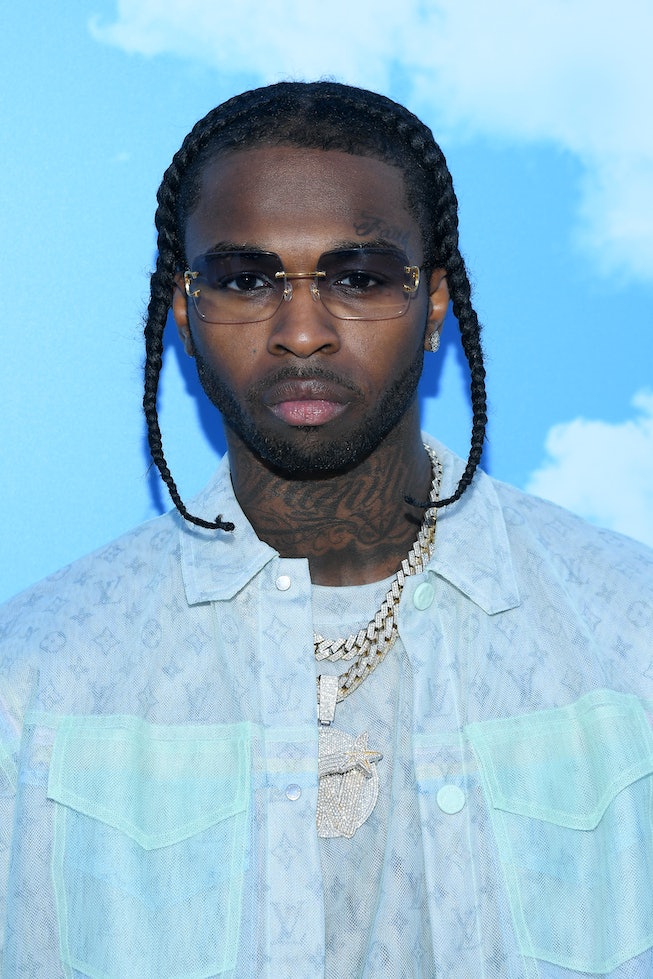 Four people have been charged with murder in connection to beloved New York rapper Pop Smoke's death. The charges come five months after the rapper was fatally shot in what police are calling a robbery. The Los Angeles County District Attorney's Office announced that two men and two underage teenagers were charged with the February 19 killing.

As reported by People, Corey Walker, 19, and Keandre Rodgers, 18, were both charged with murder with the special circumstance allegation that the murder occurred during the commission of a robbery and a burglary. Both are now eligible for the death penalty. Two unidentified 15-year-olds and a 17-year-old were also charged in juvenile court with one count of murder and robbery. The four have been connected to the break-in at the Hollywood Hills home where the rapper was staying at the time of the shooting.

"We believe that it was a robbery," said Captain Jonathan Tippet, who oversees the LAPD's Robbery-Homicide Division. "Initially we didn't really have the evidence, but then we discovered some other evidence that showed this was likely a home invasion gone bad." Tippet noted that the men likely went to the home because they knew Pop Smoke, born Bashar Jackson, was staying there, thanks to social media posts.

Jackson, a native New Yorker, blew up last summer when fellow New York rapper Nicki Minaj hopped on the remix of his breakout single, "Welcome to the Party," off his debut EP Meet the Woo. His posthumous record, Shoot for the Stars Aim for the Moon, dropped on July 3.