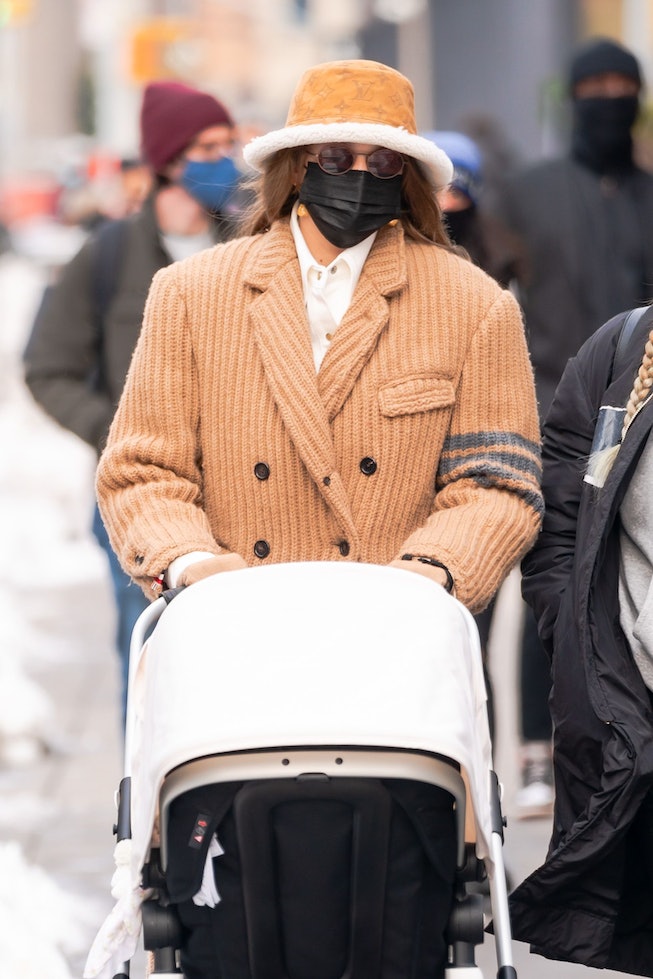 When societies around the world went into lockdown roughly 10 months ago, memes and jokes circulated predicting a quarantine baby boom in nine months time. However, experts say that's largely a myth, and that the economic downturn caused by the pandemic will in fact likely deter couples from having children. Lack of childcare, unemployment, medical bills, school closures, and many other issues make having a baby extra difficult right now, in a country with an already declining birth rate. There's one demographic that seems less affected, however: celebrities.

It's been a big year for celebrity babies, with a new pregnancy or birth announcement rolling out seemingly every week. Gigi Hadid and Zayn Malik welcomed a baby girl in September. Nicki Minaj gave birth to her first son in October, finally gifting the Barbz with a sibling. Constance Wu quietly gave birth in July with boyfriend Ryan Kattner. Mindy Kaling, Ashlee Simpson, Kelis, Rupert Grint, Rooney Mara, Leighton Meester, Teyana Taylor and so many others revealed pregnancies or welcomed children into the world this year.

Without getting too exact with the calculations, the first of the truly made-in-quarantine babies will be arriving any day now. Just yesterday, per TMZ, Emma Roberts announced the birth of her first child, baby boy Rhodes, with boyfriend Garrett Hedlund (officially making Julia Roberts a great aunt). Keep an eye out for more and more announcements like these, because the quar babies are officially coming.

NEXT UP
Culture
On The List (With Melissa Rich): How To Throw The Ultimate Apartment Party
Entertainment
Meet Andreas Metaxa, The Man Behind The Miami Jet-Setting Memes Of Supersnake
Entertainment
FLO Is Headlining Their First US Tour This Spring
Entertainment
Raye Explicitly Speaks Her Mind On Debut Album, ‘My 21st Century Blues’
Style + Culture, delivered straight to your inbox.