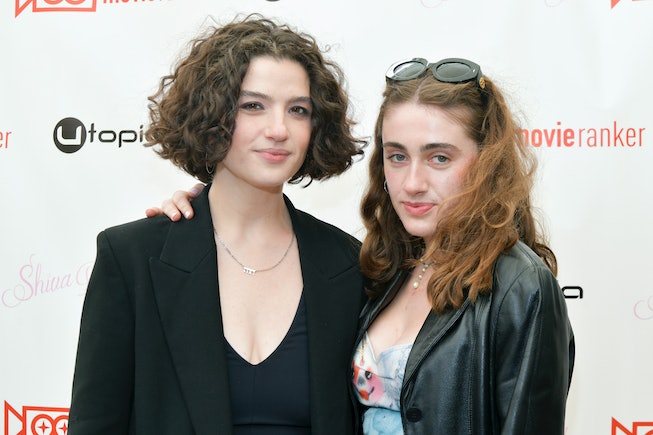 Emma Seligman and Rachel Sennott have announced the cast for their upcoming queer-comedy, Bottoms. The cleverly-titled movie was written by the filmmaker and actress, who first worked together on 2020’s Shiva Baby. According to Deadline, Bottoms follows “two unpopular queer girls in their senior year of high school, who start a fight club to try to impress and hook up with cheerleaders.” Sennott is starring in the movie, but her exact role has not been announced. She is, however, accompanied by a star-studded ensemble.

Bottoms reportedly goes into production this spring, which marks a busy year for the cast. Sennott and Edebiri are both set to appear in a myriad of projects in the coming months. Sennott is part of the A24 produced slasher Bodies Bodies Bodies, and will star in another upcoming-indie titled Brook & Sam. Edebiri will continue to voice Missy on Big Mouth, and will also star in the FX series The Bear along with the upcoming Netflix film Hello, Goodbye and Everything in Between.

In the meantime, both actresses celebrated the announcement of Bottoms on Instagram. Edebri posted a photo of Deadline’s article, and captioned it with a line of hearts. Sennott did the same, but captioned her post with the sweet sentiment, “cast of my dreams.” Seligman joined in, by uploading the casting reveal and wrote, “BOTTOMS begins”

The comedy does not have a release date yet, but with this cast and crew locked in place, Bottoms is sure to be worth the wait.

NEXT UP
fashion
How ‘Spice World’'s Costume Designer Nailed The ‘Scooby-Doo on Acid’ Look
Culture
Loewe’s Howl's Moving Castle Collection Is An Anime Dream
A Night Out
A Night Out With Rachel Bilson
Entertainment
Ebony Riley's "Deuce Deuce" & 9 Other New Songs Out This Week
Style + Culture, delivered straight to your inbox.