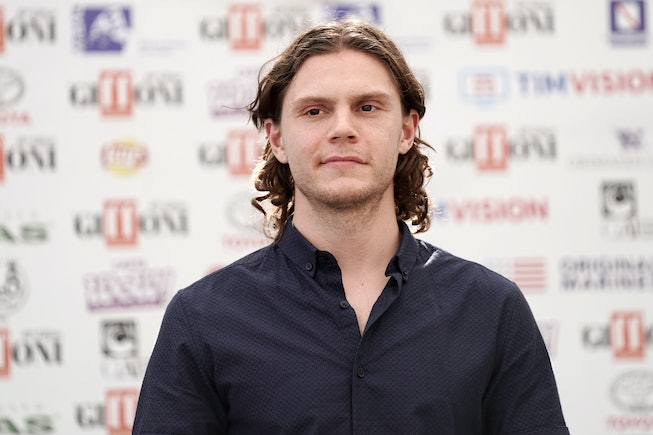 If there’s one thing Ryan Murphy is, it’s loyal. Across his expansive repertoire of TV shows and films, the prolific writer, director, and producer has always made sure that his favorite actors stay booked — whether he’s casting Sarah Paulson in every single production he makes or waiting until Angelica Ross has a new slot on American Horror Story before killing her Pose character off. All this to say, of course he has tapped two of his regulars, Evan Peters (American Horror Story, Pose) and Niecy Nash (Scream Queens), to lead the cast of his upcoming Jeffrey Dahmer Netflix series, Monster: The Jeffrey Dahmer Story. Here’s everything we know about the series so far:

Peters, who is set to appear in the long-delayed tenth season of Murphy’s American Horror Story, has nabbed the titular role, making Jeffrey Dahmer one of several twisted characters the actor has brought to life under the guidance of Ryan Murphy. (Remember his incel cult leader Kai Anderson?) Nash, meanwhile, will play the series’ female lead, Glenda Cleveland, “a neighbor of Dahmer’s who called police numerous times and even tried calling the FBI to alert them of Dahmer’s erratic behavior, to no avail,” according to Deadline.

Peters and Niecy Nash will be joined by Penelope Ann Miller as Dahmer’s mother, Joyce, and Richard Jenkins as his father, Lionel. Colin Ford will play someone named Chazz while Shaun Brown has been cast as Tracy, the last person Dahmer tried to murder, who managed to escape and lead the cops to Dahmer’s house, where the killer was finally apprehended.

The Netflix series will be told from the perspective of Dahmer’s victims.

Though the upcoming Netflix miniseries takes its name after the infamous serial killer, Monster — much like Murphy’s other serial killer biopic miniseries, The Assassination of Gianni Versace — will primarily be told through the eyes of his victims. The series “chronicles the story of one of America’s most notorious serial killers” and “dives deeply into the police incompetence and apathy that allowed the Wisconsin native to go on a multiyear killing spree.”

Monster’s plot will explore how Jeffrey Dahmer was able to evade capture for so long.

According to reports, Monster will “dramatize at least 10 instances where Dahmer was almost apprehended but ultimately let go.” Of course, a large reason Dahmer was able to run rampant for so long was his identity as “a clean-cut, good-looking white guy,” and the miniseries is believed to dive into this aspect while exploring things like white privilege as it attempts to explain why he was “repeatedly given a free pass by cops as well as by judges who were lenient when he had been charged with petty crimes.” The ten-episode limited series will span the 1960s, ‘70s, and ‘80s, and will end with Dahmer’s ultimate arrest in the early ’90s.

There’s no Monster release date, yet.

While The Jeffrey Dahmer story doesn’t have a release date yet, Murphy and co are hard at work. The prolific producer has multiple projects in the works, including a biopic about the designer Halston, a miniseries based on A Chorus Line, season 10 of American Horror Story (which will include Kaia Gerber in the cast), an AHS spinoff, American Horror Stories, the final season of Pose, and the Monica Lewinsky-focused season of American Crime Story.

Murphy will executive produce Monster: The Jeffrey Dahmer Story alongside his frequent creative partner Ian Brennan and his Pose collaborator Janet Mock, who will also write and direct several episodes. Meanwhile, Mindhunter and The Leftovers director Carl Franklin has been tapped to direct the pilot. There is no set release date for the time being.